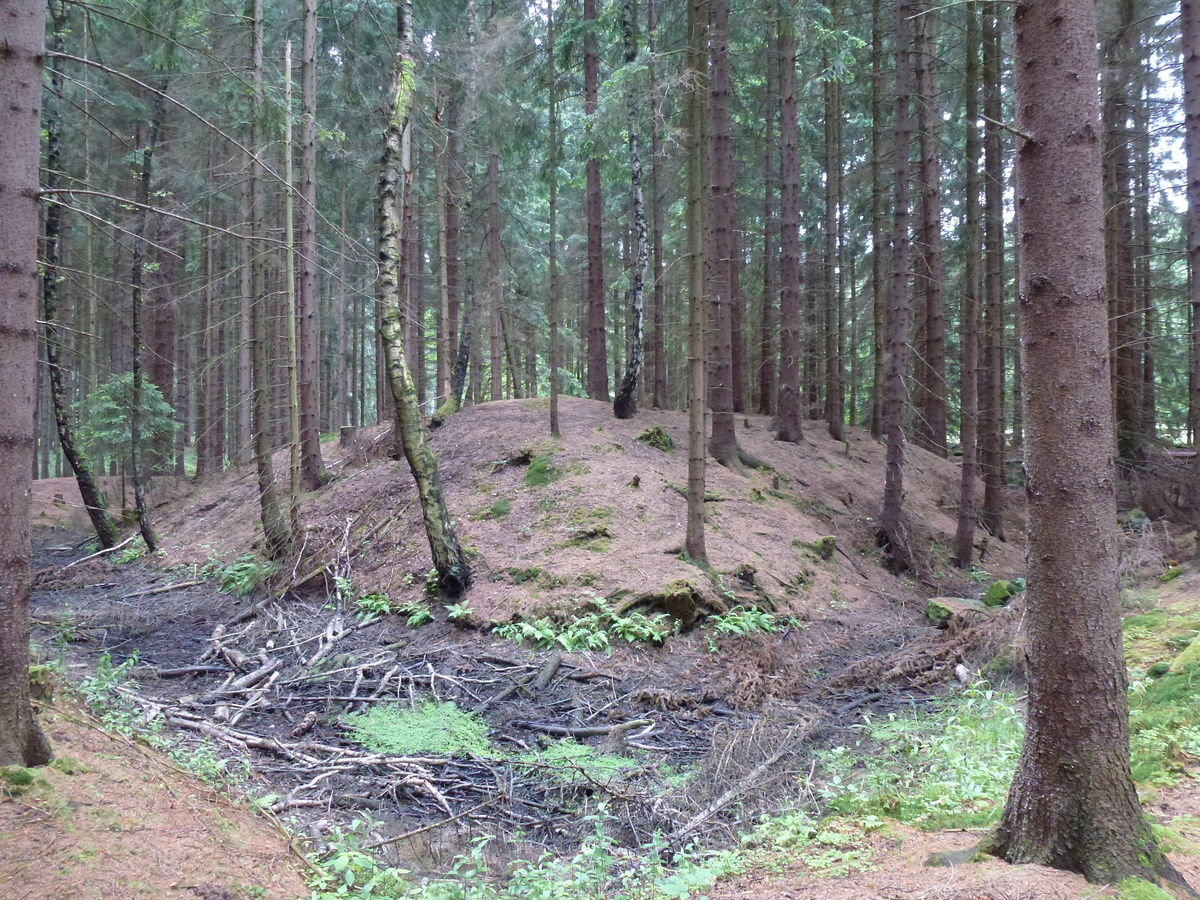 View of the south-west side of the fortified manor across the water moat.

Situated near the deserted village of Rohy, this medieval manor represents a unique example of an area preserved almost entirely undisturbed with a still functional water moat. The foundation of the manor house has been dated to the 2nd half of the 14th century, its end into the broader interval between the end of the 14th century and the Hussite Wars. Discovered only in 1999, it was defined as a motte. The ground plan consists of an almost regular square with a mound surrounded from all sides by a moat and a smaller earthwork. The moat forms a square with a side length of 9–10 m. On the south, east and north side, the moat still holds water piped by a small drain from a nearby the stream. The mound is 2.8–3.5 m in height, and still shows the remains of an amateur trench pit of 2 × 3 m, about 1 m deep, partially disturbing a cultural layer. Erosion still enlarges the trench pit and endangers the mound. 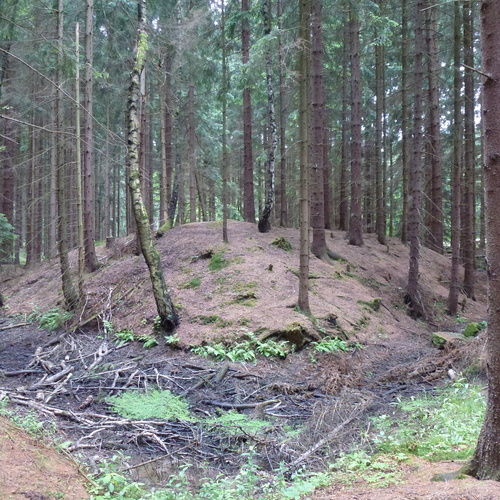 View of the south-west side of the fortified manor across...
Photo P. Macků, 2015. 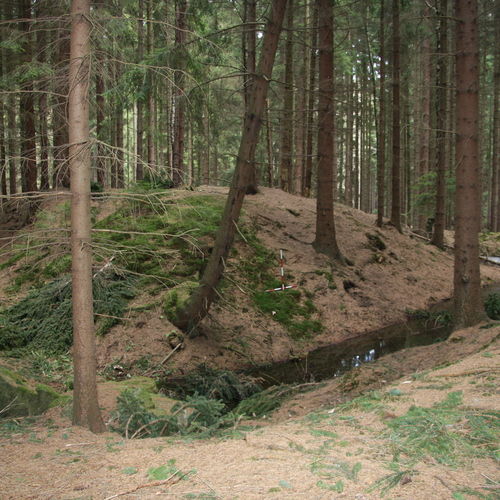 Ruins of a fortress with preserved rampart and motte.
Photo P. Macků, 2015. 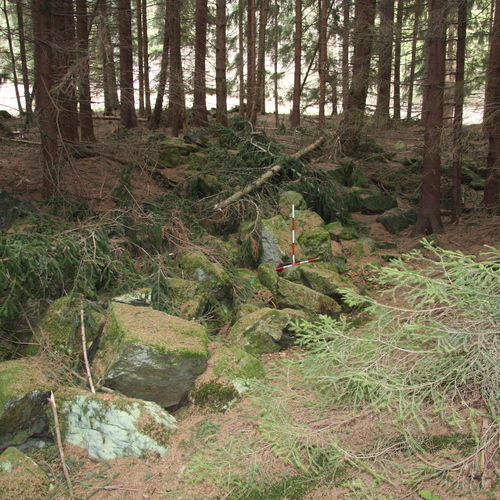 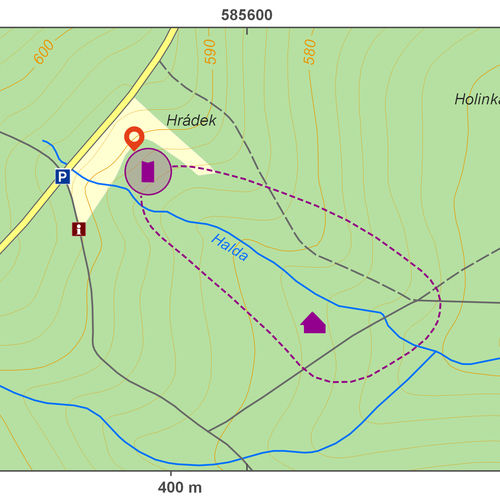 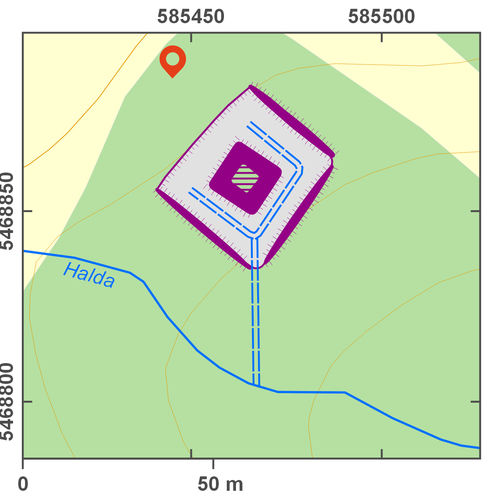