(probably from the 14th cent. to the beginning of the 15th cent.) 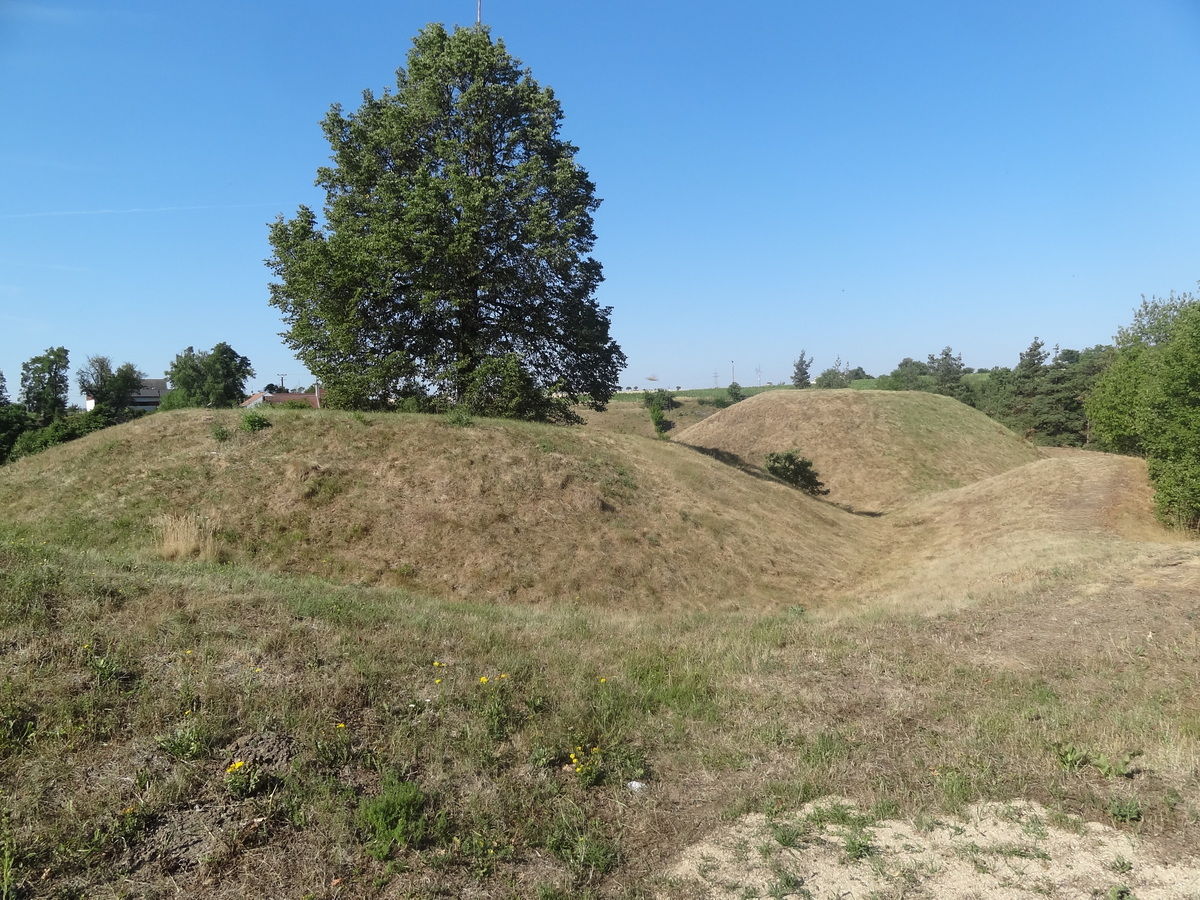 Distinctive field marks of the small castle surrounded by a moat and rampart.

The medieval remains of Šance represent an example of a two-part castle detectable only by means of archaeology, which has become a dominant element forming the landscape, without any larger intrusions into the mighty relics buried underground. The first mention dates the castle to 1398; at the end of the 15th century, it became useless and started to decay. The site is composed of two mounds surrounded by a distinctly shaped moat and earthwork. The east part of the castle is almost round or quadratic, the outer western part has an oval design. The surface of both mounds is fully archaeologized and does not show any traces of the walls. The sections of amateur trench pits show fragments of wattle and daub, which rather point to wooden constructions. Today, both parts of the castle, including the fortification of the south slope, are covered with grass; the western and northern slopes are forested. 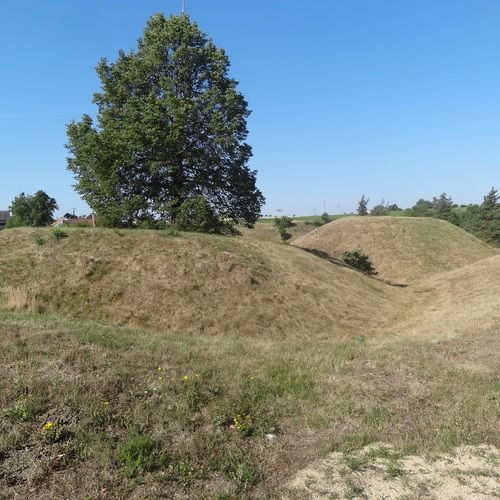 Distinctive field marks of the small castle surrounded by...
Photo A. Knechtová, 2015. 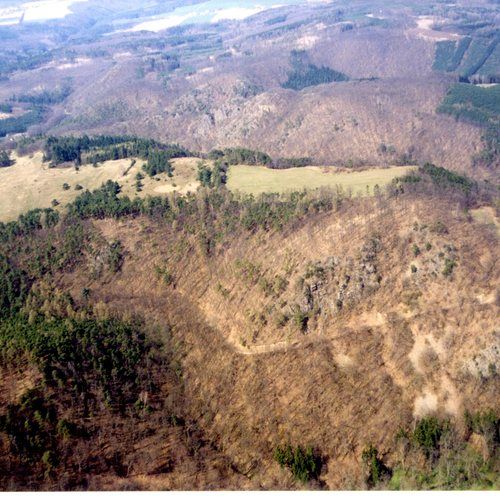 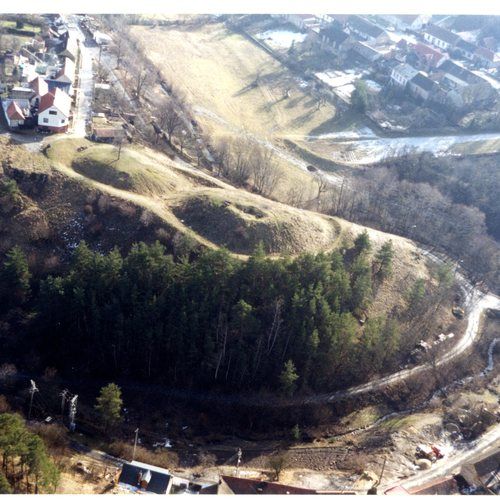 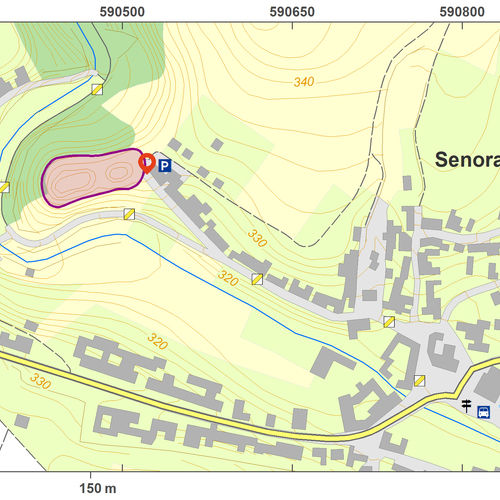 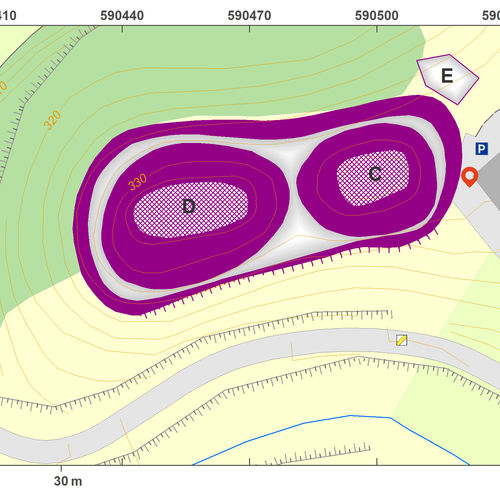