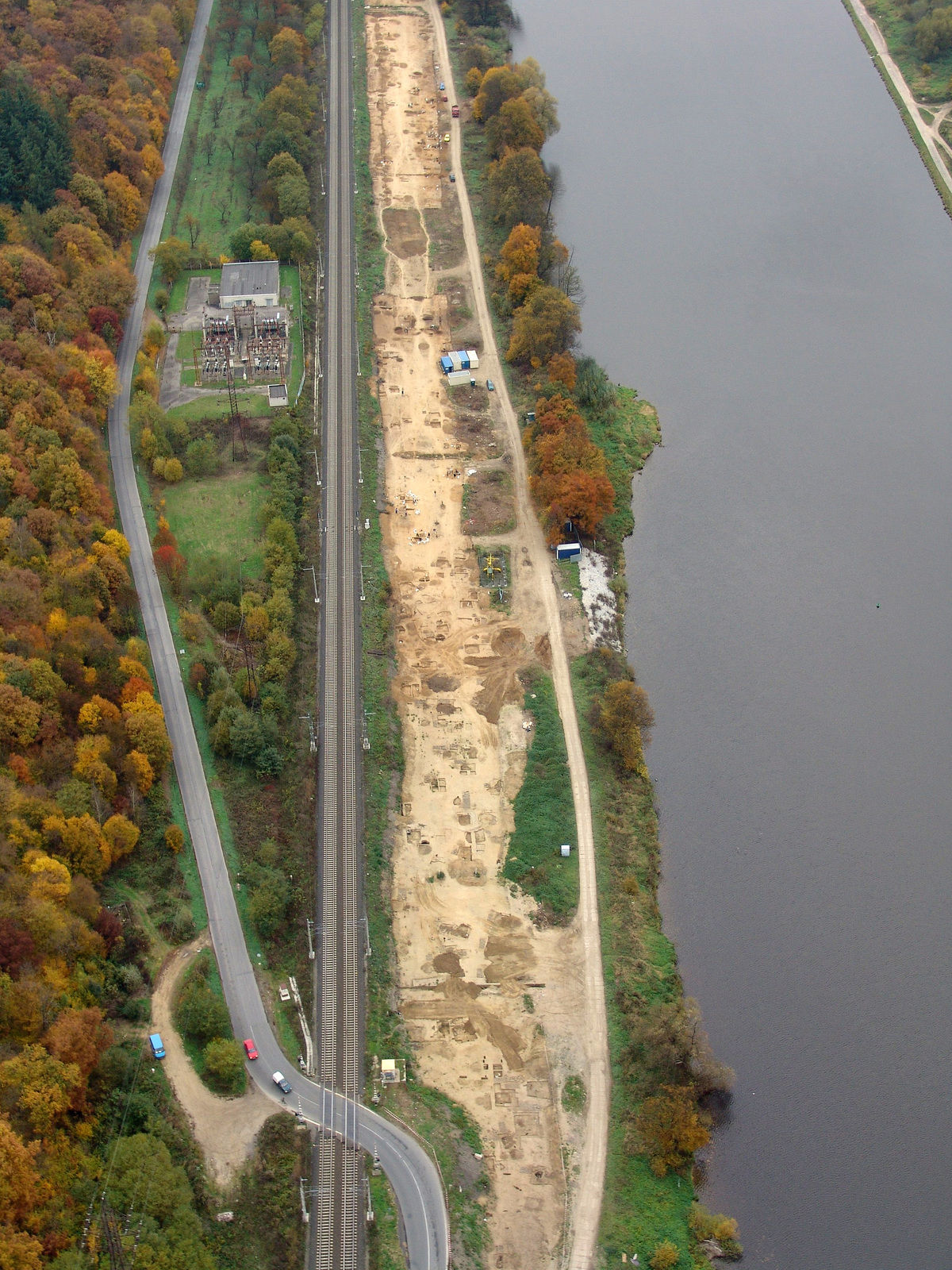 Aerial view of the site during archaeological excavations.

An extraordinarily extensive Early Medieval settlement situated in a region rich in archaeological sites and a long tradition of archaeological research since the 19th century. The settlement at the base of the Moldau (Vltava) River valley was occupied from the 6th to the 7th century AD. Excavations here have led to the discovery of several hundred dwellings (a total number of about one thousand may be assumed), primarily pit houses with massive stone ovens. The very location of this settlement is puzzling because until the 19th century there was no route on the river bank towards the south, and the middle and southern parts of the site were uninhabited prior and after this settlement episode. According to archaeological estimations, up to 500 residents could have lived at the site at a single time. It seems probable that the settlement had two parts. The first, to the north, may have belonged to a common agricultural community, whereas the central and southern parts of the site may have been occupied by a group of specialised producers and traders. Unfortunately, little direct evidence for the character of the assumed production and/or trade has been found so far. A railway and a road are built over the site today. In the woods above the site, prehistoric burial mounds were excavated in the 19th century, but their precise location is lost today. Along the present-day hiking path there is concentration of Early Modern hollow ways and ruins of buildings of the 19th century. 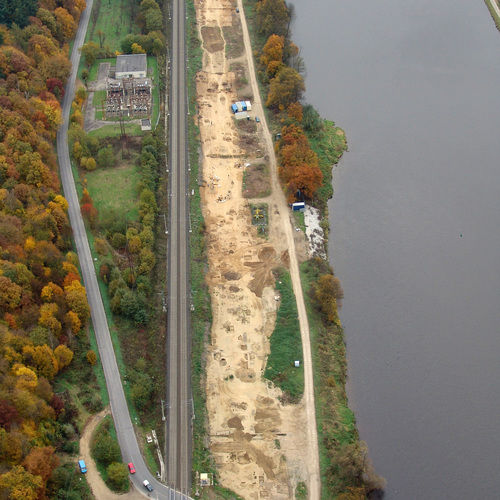 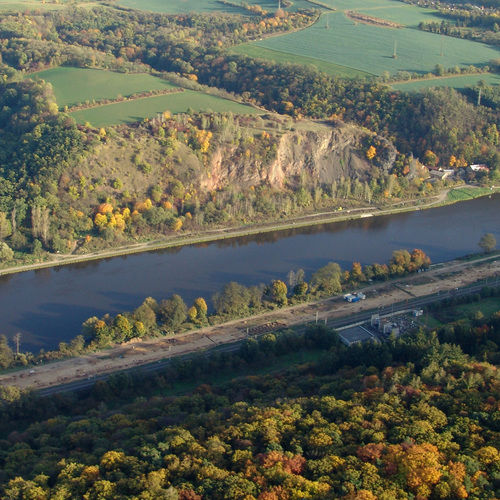 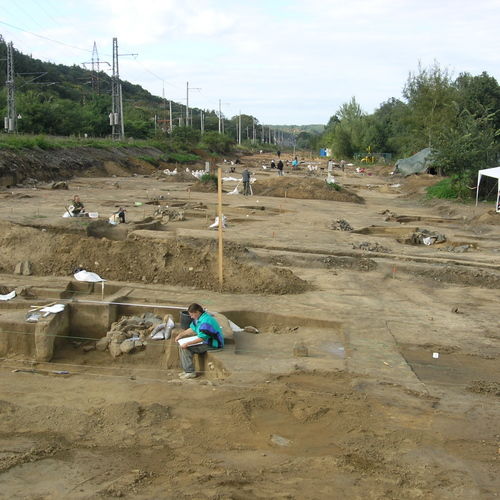 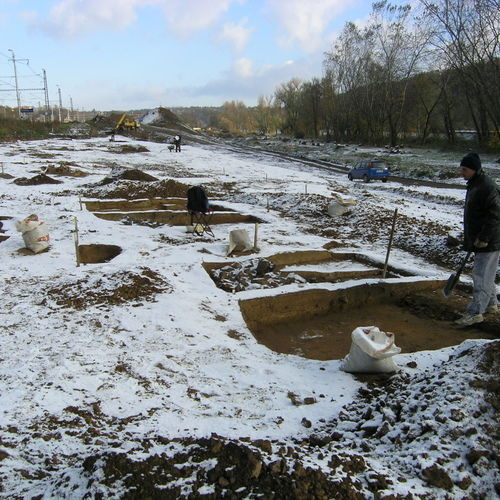 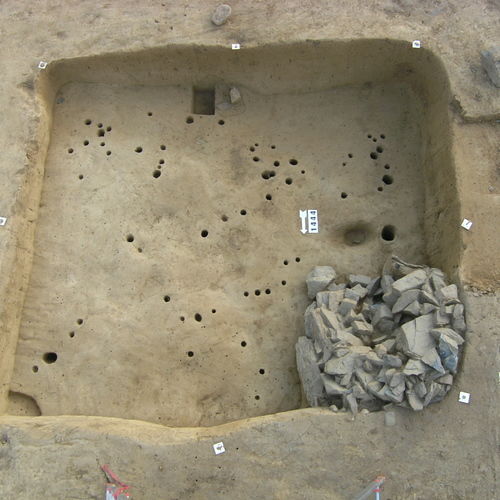 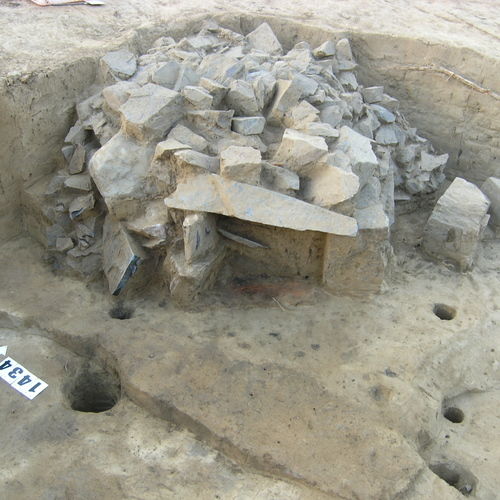 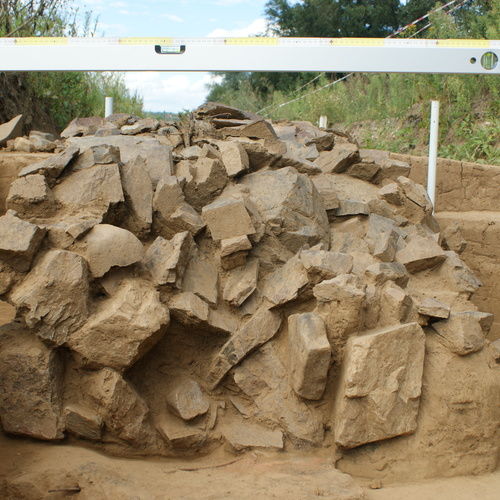 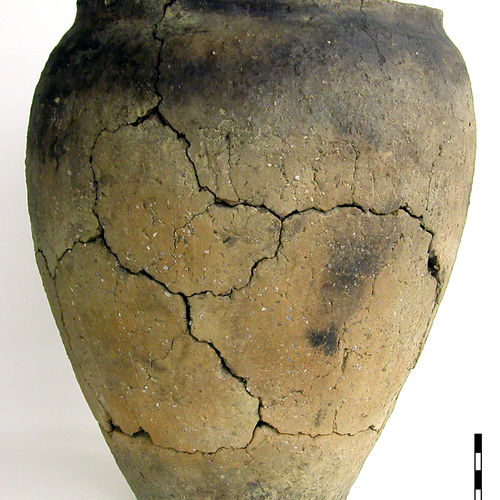 A vessel of the Culture with the Prague-pottery type.
Photo L. Svobodová, 2007. 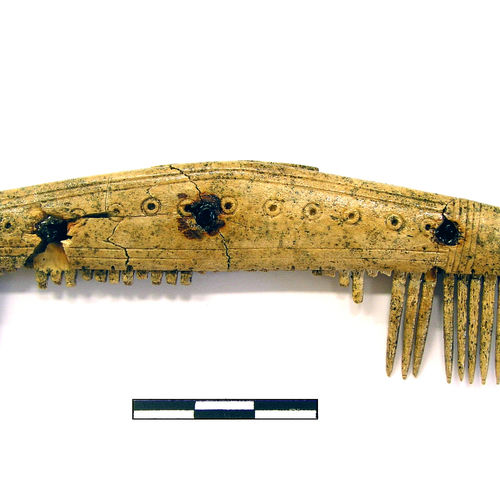 Antler comb of the Culture with Prague-type pottery from ... 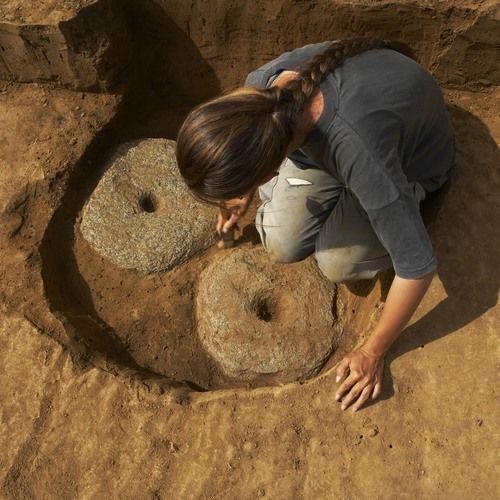 Map notes: A – ruins of tourist restaurant of the 19th century; B – former sandpit; C – ‘Anglický park’ (‘English Park’); D – a path leading to the most densely occupied area of the Early Medieval settlement (any reliable dating of the path is, however, impossible). Map symbols are available in the Downloads section. 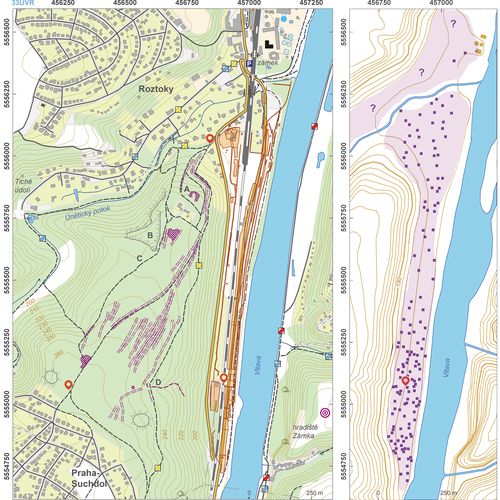