One of the barrows.

An extensive barrow cemetery, known since the end of the 19th century, with at least 68 burial mounds arranged in irregular rows over a relatively small area. Empty space in the eastern part (A) may indicate the course of a possible path leading through the area. The cemetery was used in the Bronze Age and the Hallstatt Period. Most of the mounds contained cremation burials placed in burial chambers or directly on the former surface and covered by mounds. The mounds consisted of soil and stone structures surrounded by stone rings. Additional cremation burials were deposited in the surface layers of several mounds during the La Tène Period. 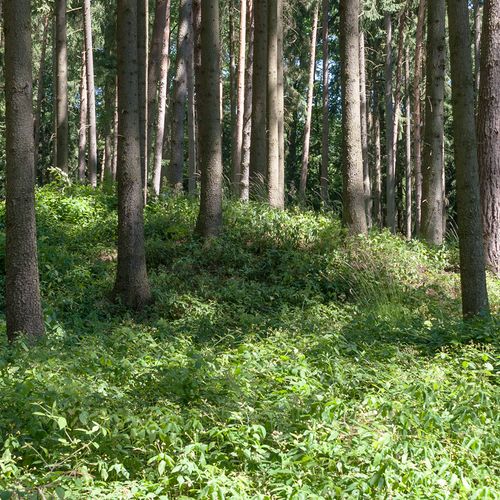 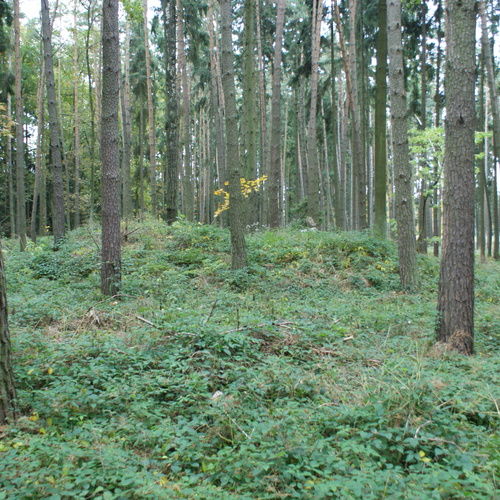 One of barrows on the Prehistoric cemetery.
Photo M. Kuna, 2013. 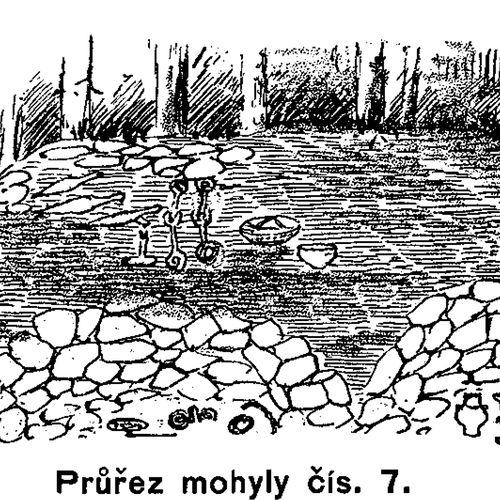 Documentation of a barrow at the end of the 19th century.
After Píč 1898.

Map notes: A – open space between the rows of barrows, possibly a former path; 2–69 – barrows. Map symbols are available in the Downloads section. 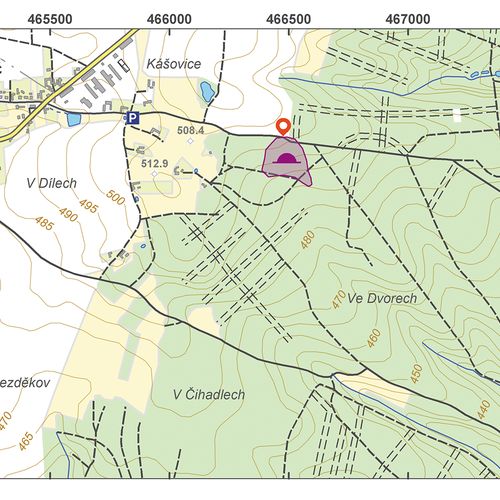 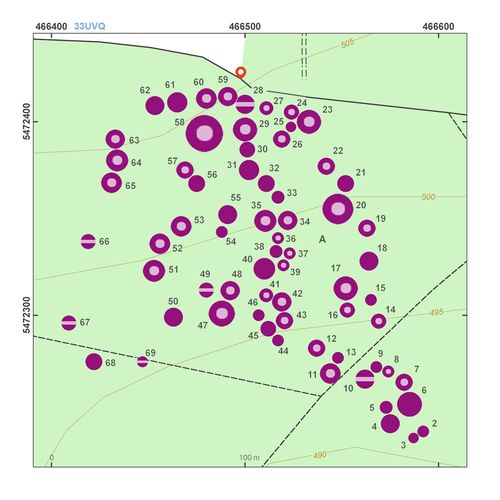