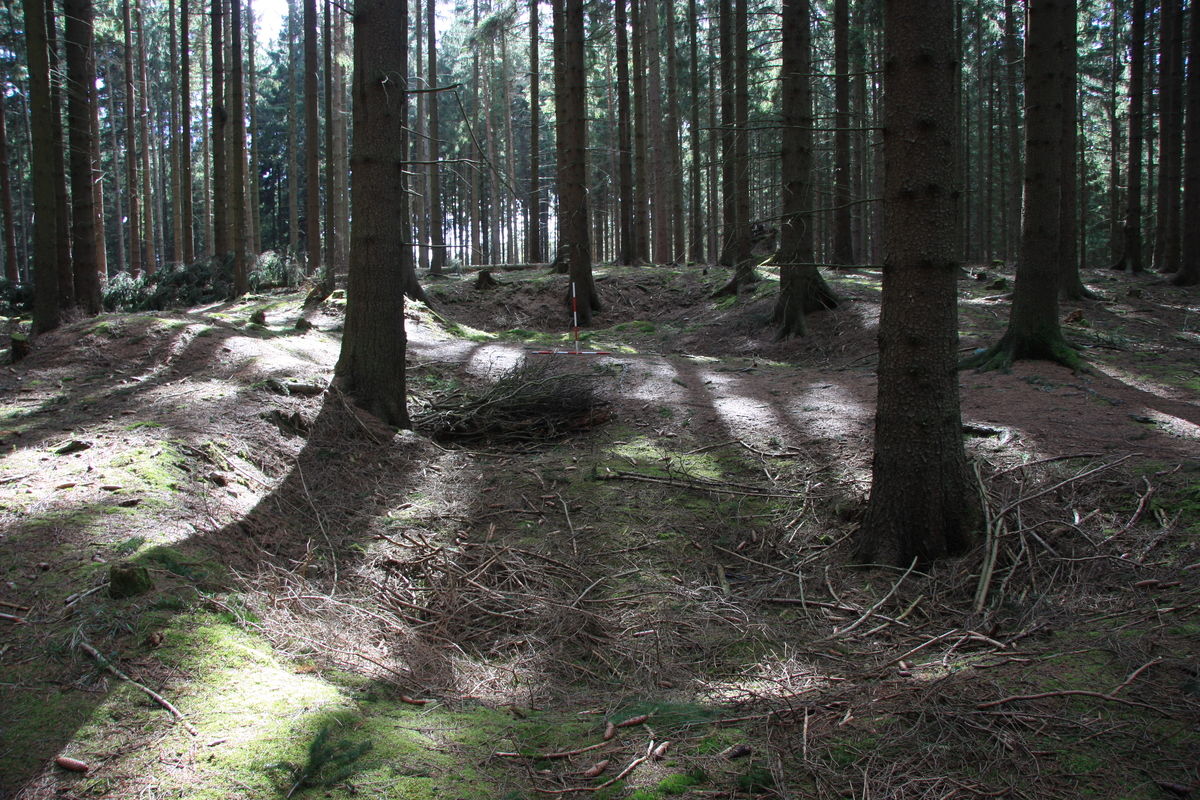 Mining heap above the deposits of the mining area of Rančířov.

The mining area near Rančířov witnessed mining in the broad surroundings of Jihlava, which had been the source of a rapid economic development of the town of Jihlava. The discovery of silver ore in the 1230s and 1240s led to the development of the town and its environs. The ore deposits of Staré Hory were more than 8 km long and belong to those historically and archaeologically best explored. The deposits of ore vine by Rančířov represent a continuation of this area. They are situated in the area of two forested mounds, from two sides surrounded by two streams (Okrouhlík and a nameless one). The ore veins at the Okrouhlík Stream are the remains of mines, consisting of deserted mine shafts with surrounding mining heaps, which today appear as pits and slag heaps. The remains are best visible in a line connecting the peaks of both mountains. 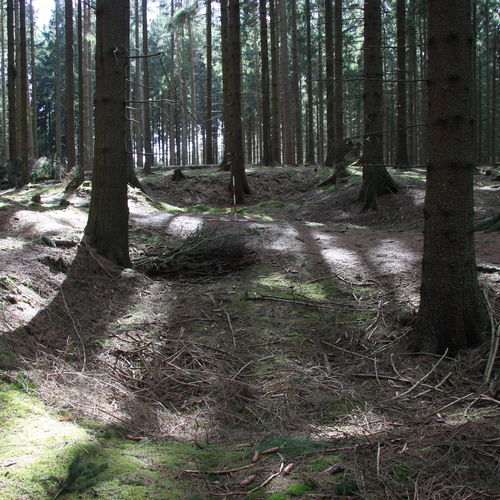 Mining heap above the deposits of the mining area of Ranč...
Photo P. Macků, 2015. 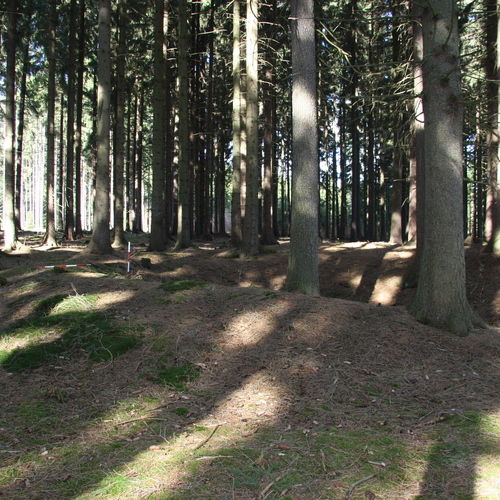 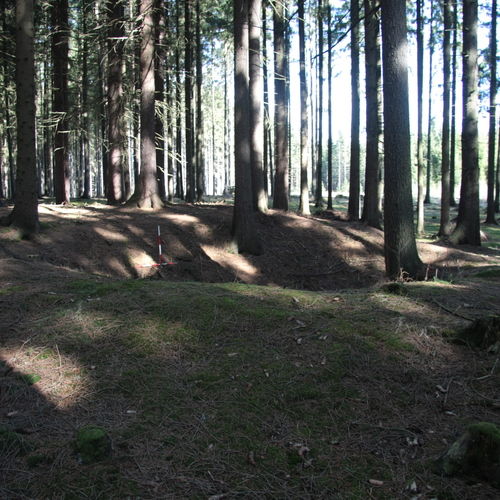 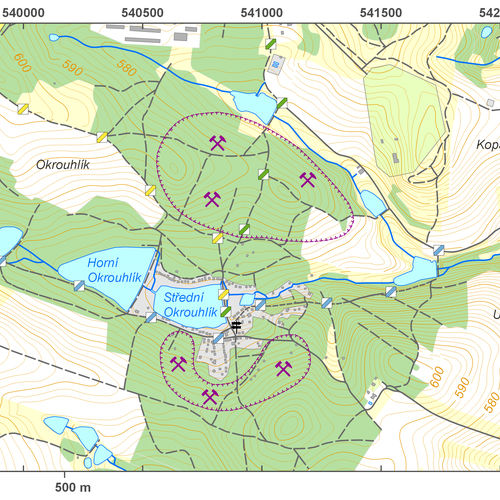 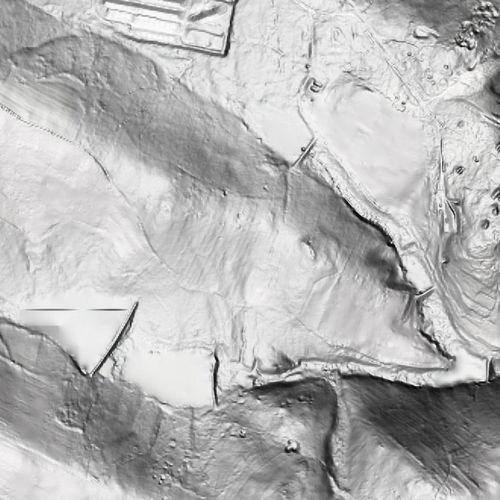