A tetra-partite house, probably bailiff's house. Sunken feature -a cellar, is in front.

The medieval village of ‘Hol’ existed from the 14th century to the 15th century. The axis of the village was a 500-metre-long village green surrounded by more than twenty homesteads. The main part of the homesteads was a three-compartment house, the dominant building type in Central Bohemian countryside up to the beginning of the 20th century. Structures such as cowsheds and other farm buildings were also often built of stone, since the surrounding area offered abundant supplies of sandstone, the extraction and export of which could have provided a living for some of the local residents. The homesteads were separated from one another by stone walls. Also preserved today are two wells and the field boundaries around the village. 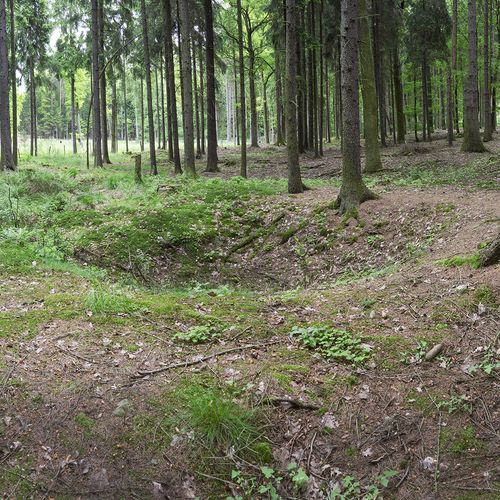 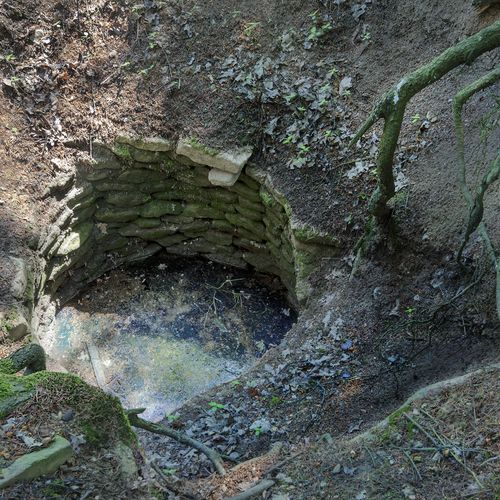 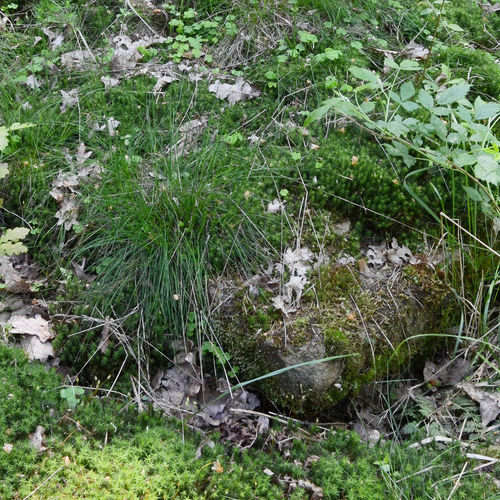 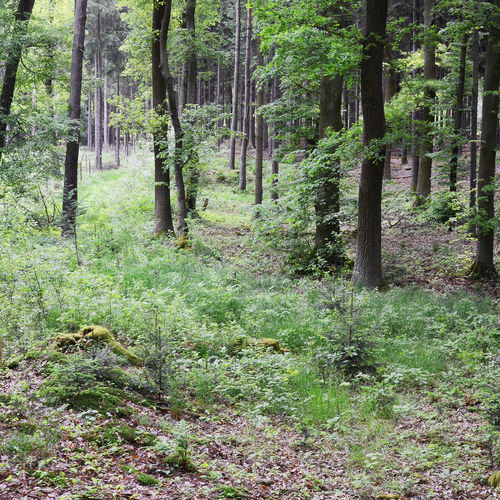 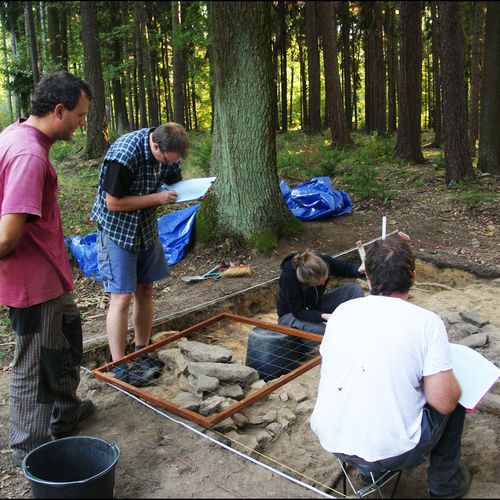 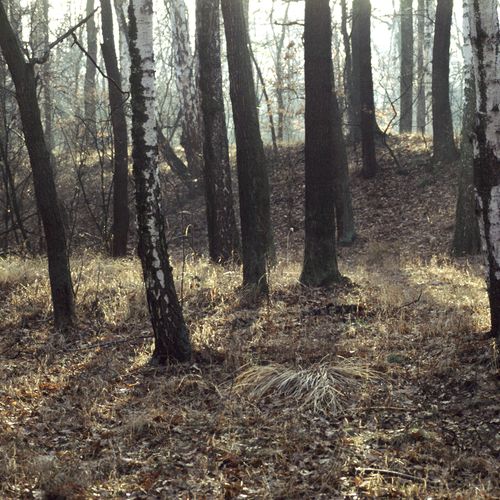 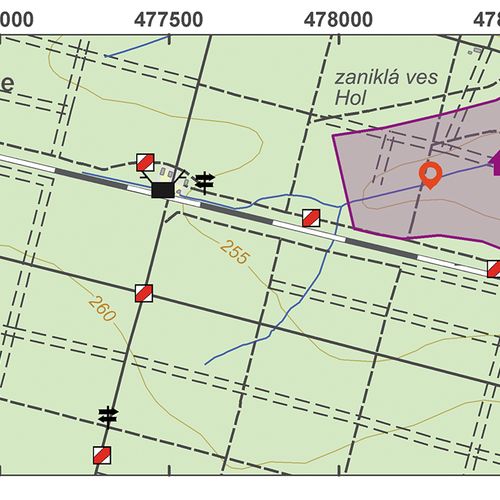 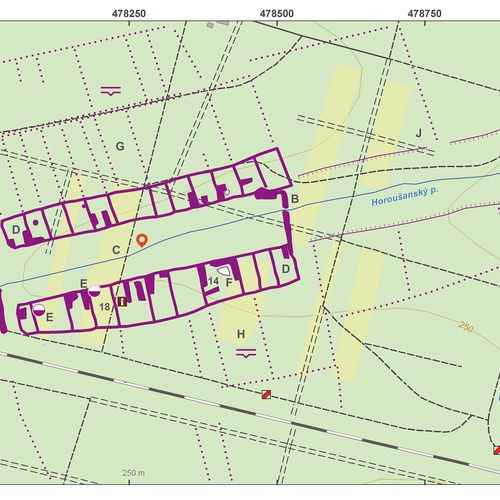 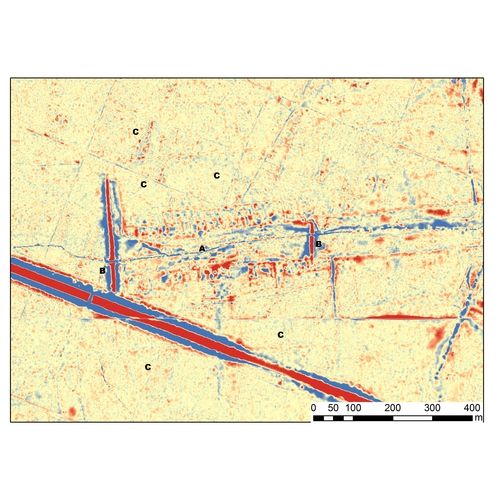