Lime and brick kilns at the Vildenberk castle

The lime and brick kilns in the outpost of Vildenberk Castle count among the most important witnesses of production activity, which has until now added to the specific character of the forest landscape. The castle was mentioned for the first time in 1318 and abandoned around 1400. The ground plan is composed of the „zadní hrad" (Rear Ward), lower ward and adjacent outposts, divided by large neck ditches, leading into a circular moat enclosed by an earthwork. Kilns were found during the excavation in 2013. Three of these features, which can be related to brick and lime production, were discovered in the outpost north-east of the castle. Based on the remains in the ground, we can estimate that one rectangular feature had the size of 6 × 3 m, the oval one the size of 3 × 4 m. High-quality limestone for lime production was brought from nearby Hostěnice or Mokrá. 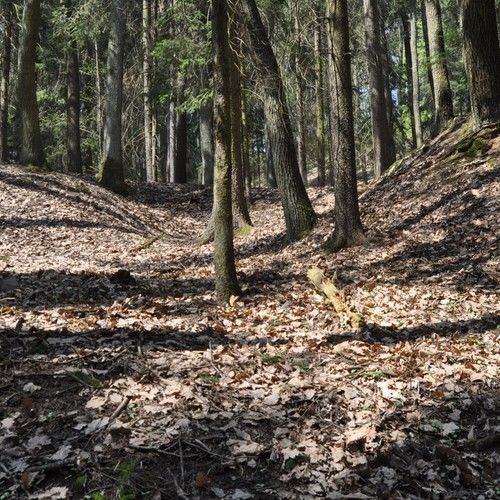 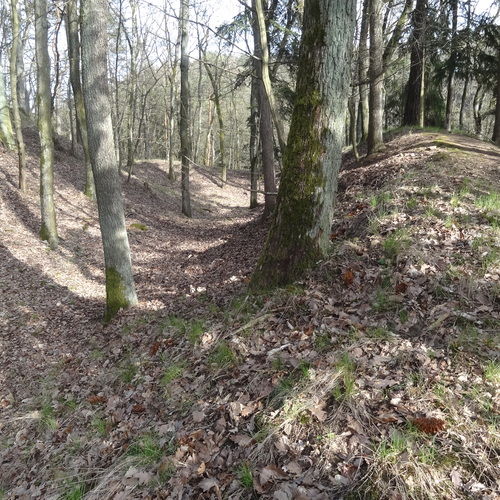 Outer fortification of the castle.
Photo A. Knechtová, 2015. 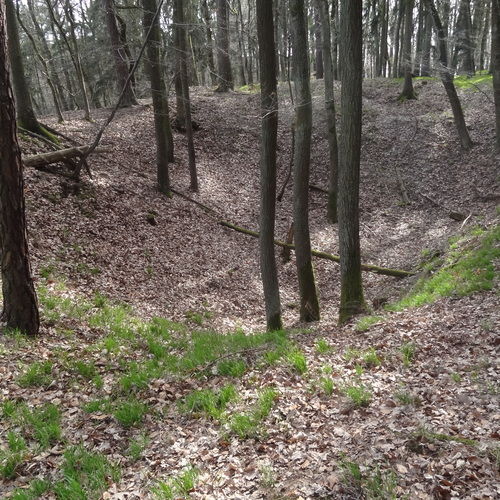 Pit mines connected by a channel.
Photo A. Knechtová, 2015. 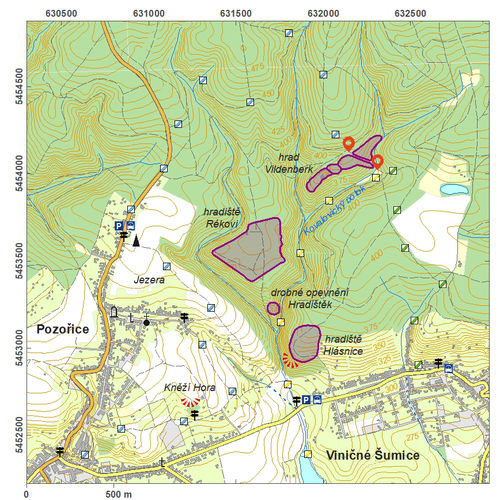 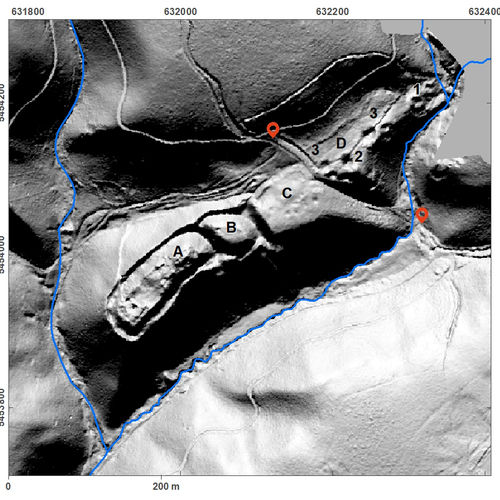