Extensive ruins of the Castle of Pořešín, with adjacent areas of a production character. Built at the end of the 13th century, the castle enjoyed its heyday and greatest reconstruction under Markvart I in the second half of the 14th century. In the first half of the 15th century, the castle was damaged and burned by Oldřich of Rosenberg (Rožmberk), an event that remains evident in the masonry to this day. The castle was originally dominated by a keep; later construction was concentrated around the curtain wall, despite the fact that the keep was still standing. Preserved in the vicinity of the castle are a millrace, stone quarries and a limestone kiln. 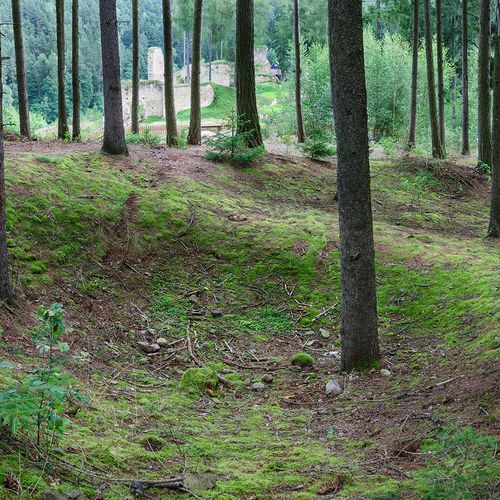 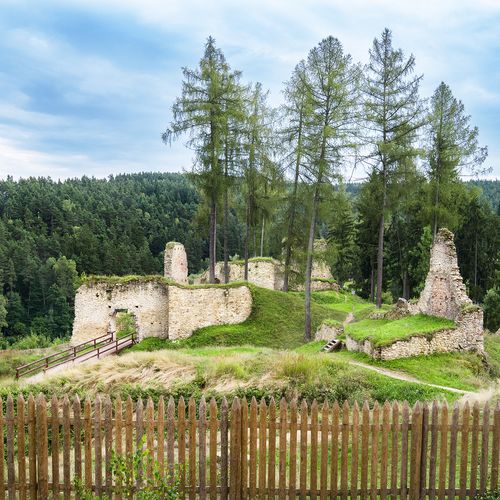 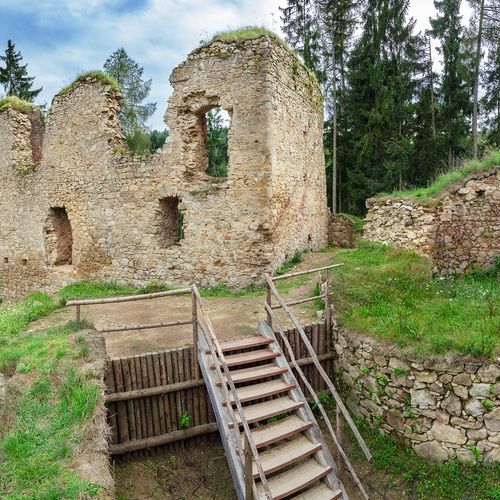 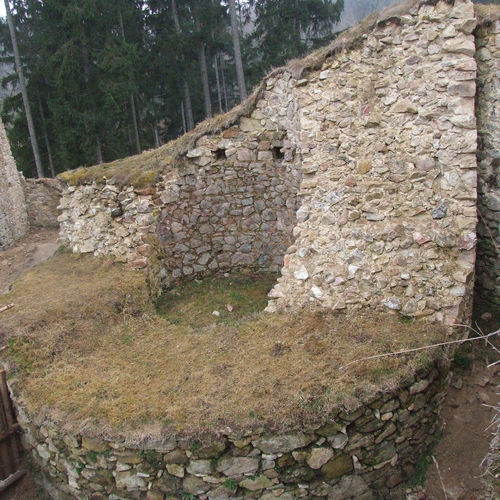 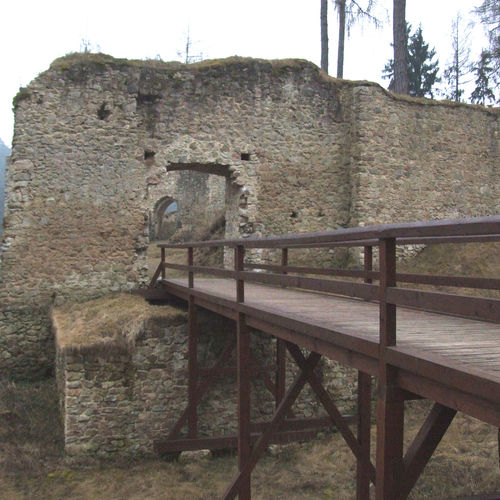 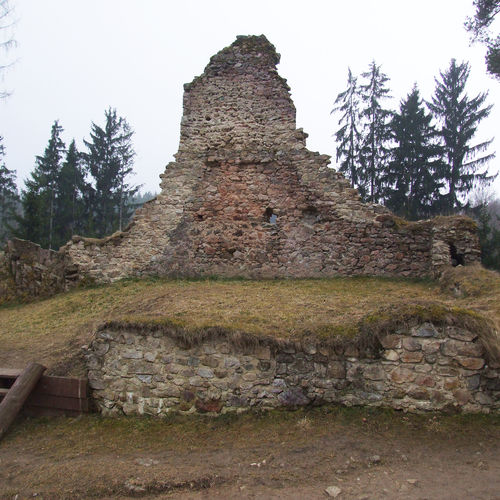 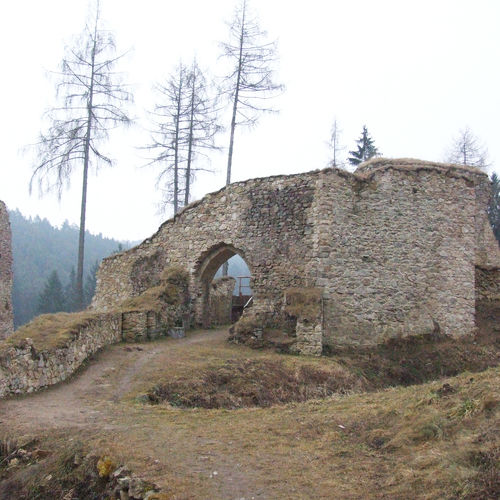 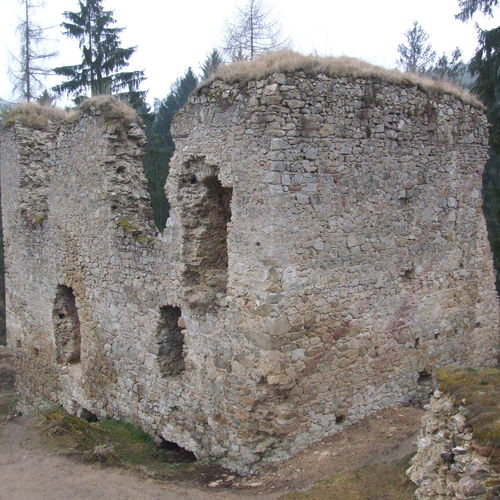 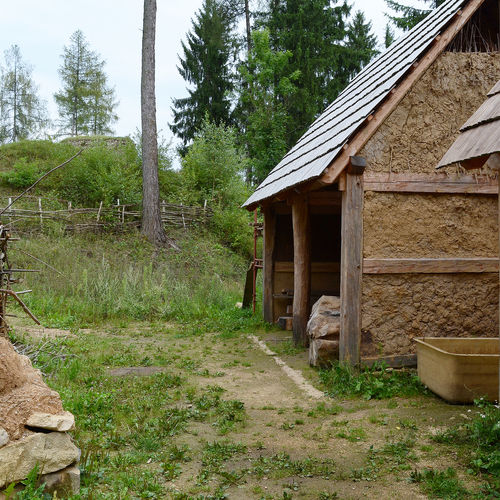 Reconstruction of buildings in museum in front of the cas...
Photo Z. Kačerová, 2014. 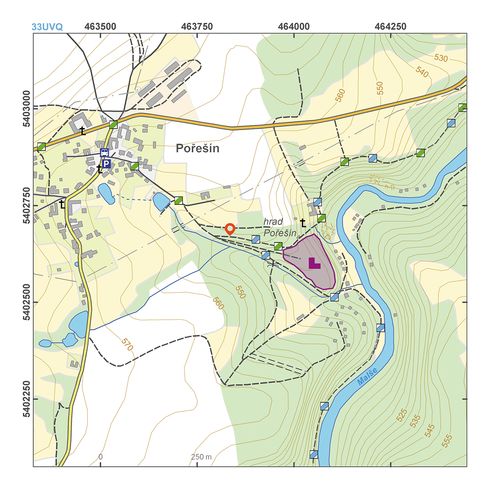 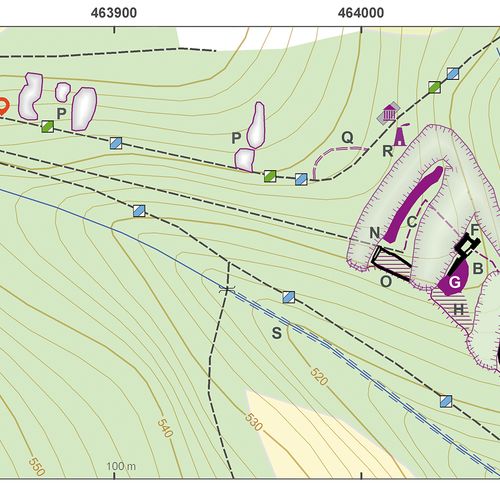