One of better preserved barrows on the cemetery.

The prehistoric barrow cemetery at Plav was used from the Bronze Age until the La Tène Period. It was completely investigated in the 19th century as one of the first monuments of this type. At this occasion, a plan of the site was drawn, which was not common in the early days of archaeology (its numbers, however, do not match the designations used for the identification of finds). The richest grave (no. 27) contained remains of burial of a prominent male in leather clothing studded with bronze circles. 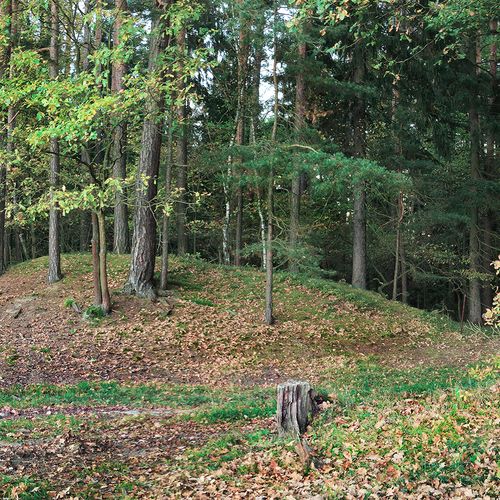 One of better preserved barrows on the cemetery.
Photo V. Turek, 2014. 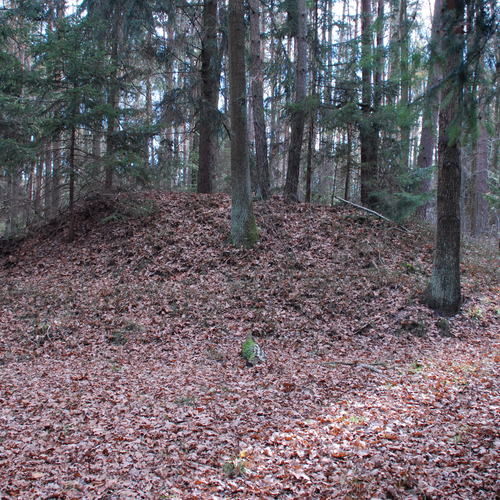 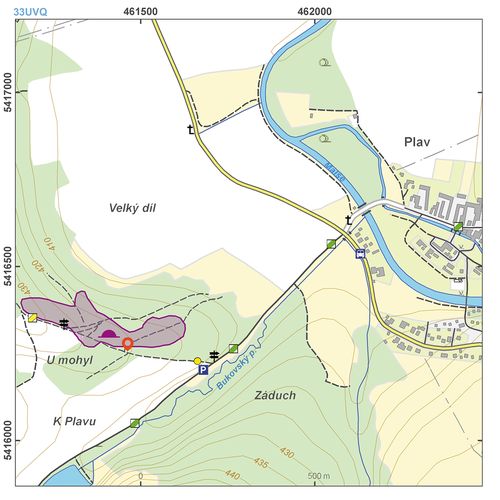 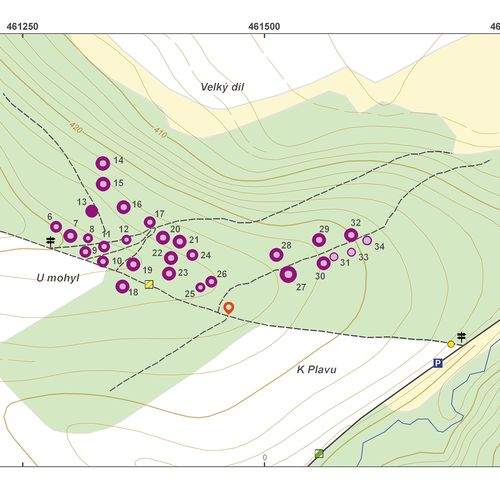 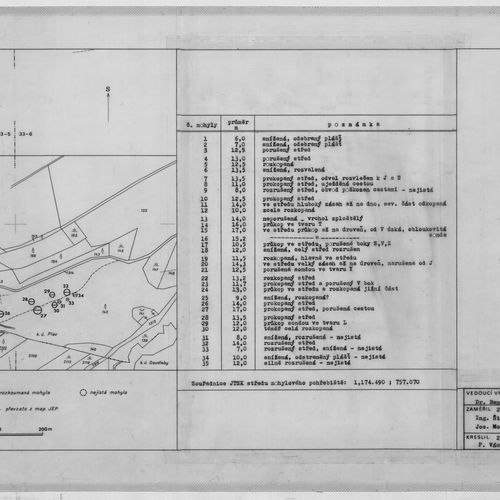