Cross section through the rampart in the north-east part of the hillfort in 2008.

The prehistoric Hradisko hillfort was an important power centre of the region in the Final Bronze Age and an important iron working centre in the La Tène Period. The site was discovered in the 2nd half of the 19th century; archaeological excavations were conducted until the 1950s and yielded evidence of the use of the site by various prehistoric cultures. However, the site was fortified only in the Final Bronze Age. It spreads over a large triangular spur on a surface of about 20 ha. The mighty earthwork is best preserved on the north and east side with heights up to 5 m. The east side shows another outer earthwork 3 m in height, delimiting the lower ward. Remains of the fortification west and east of the site are currently not visible; the ground plan is apparent only in the wooded north-eastern part, with preserved elements of the fortification. 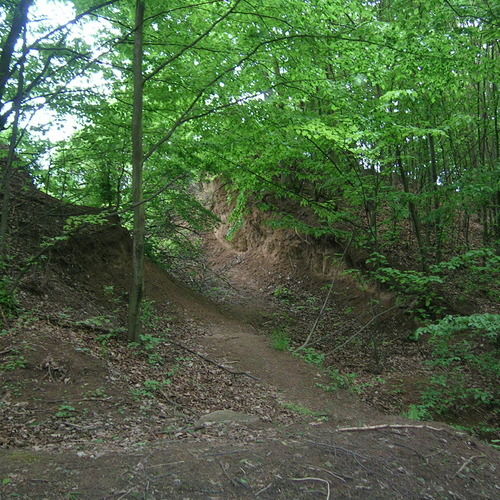 Cross section through the rampart in the north-east part ...
Photo L. Kundera, 2008. 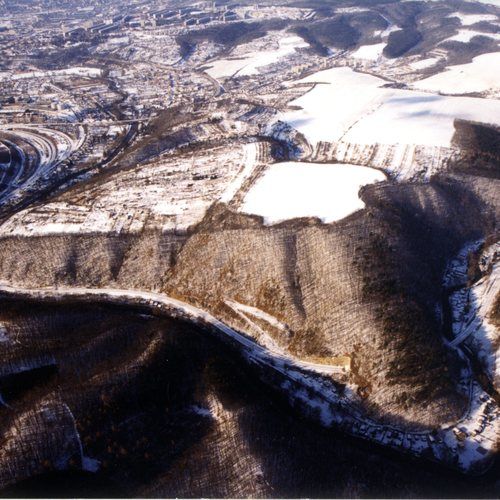 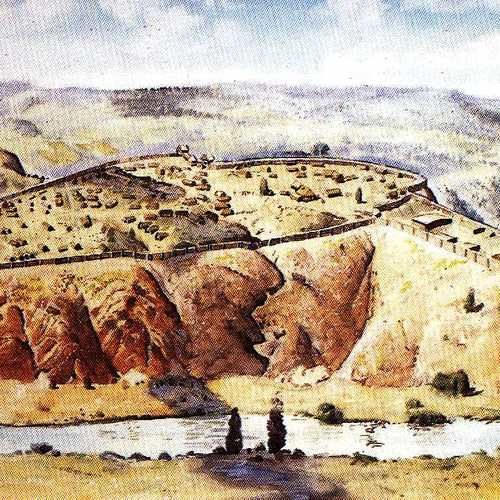 Graphic reconstruction of the hillfort, view from the west.
After L. Balák. 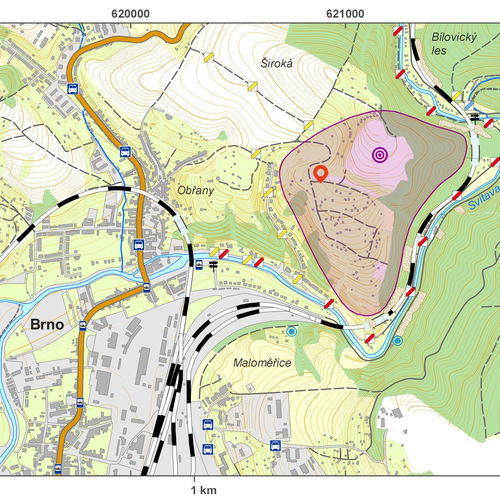 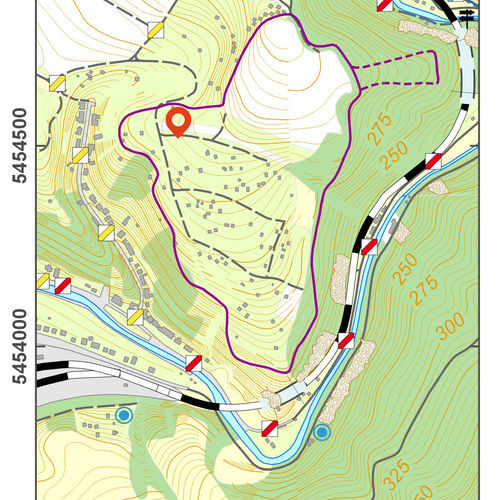 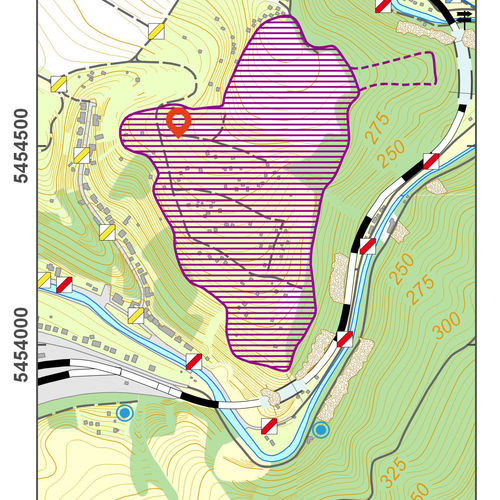