Reconstructed Early Medieval rampart of the hillfort in Netolice, taken from southwest.

The Early Medieval Přemyslid administrative centre from the 10th to 12th century is now home to an archaeological park built at the site in 2004. Although few traces of the hillfort’s original fortifications have been preserved in the field (with the exception of a bank on the eastern part of the acropolis), wood and earth chamber ramparts have been reconstructed, including an oak palisade and a stone screen wall. A lookout tower was incorporated into the fortification, too. Foundations of Early Medieval Church of St John the Baptist known from written evidence were discovered during archaeological excavations conducted nearby. 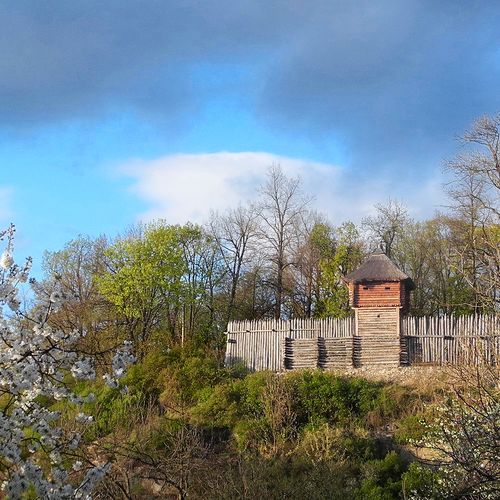 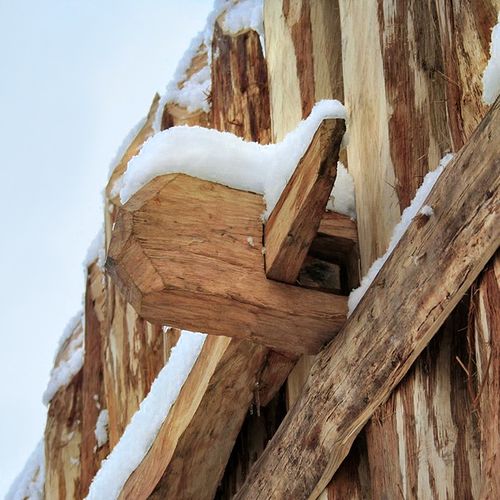 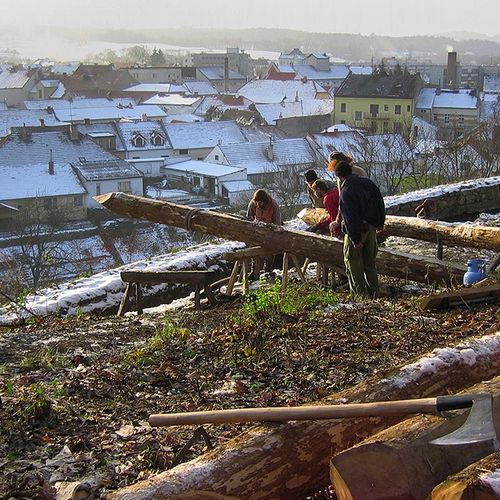 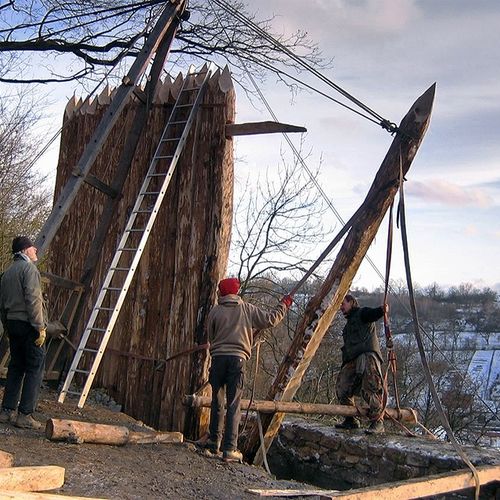 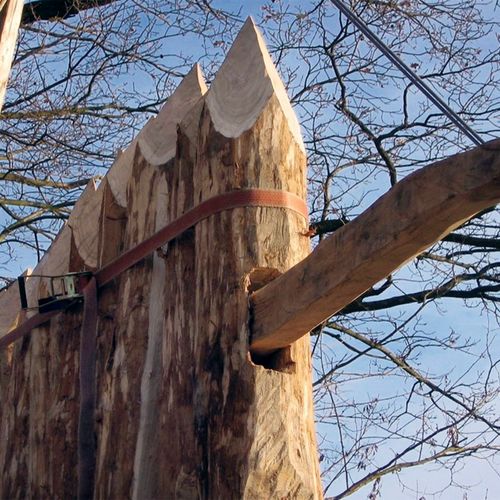 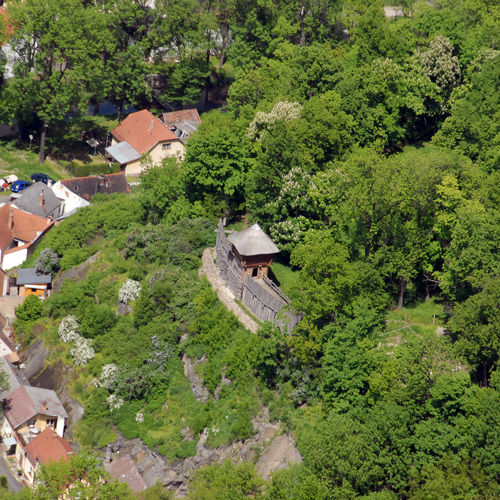 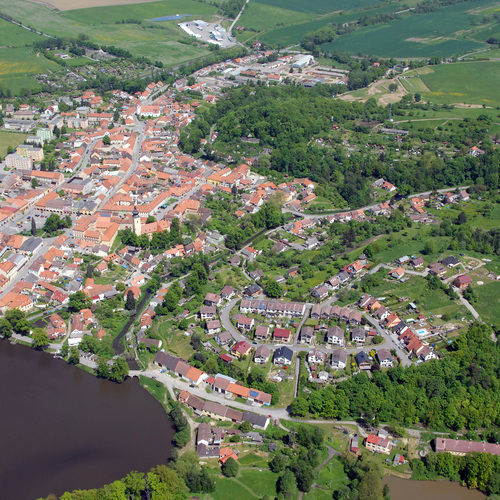 Aerial view of the city of Netolice with the hillfort.
Photo M. Gojda, 2013. 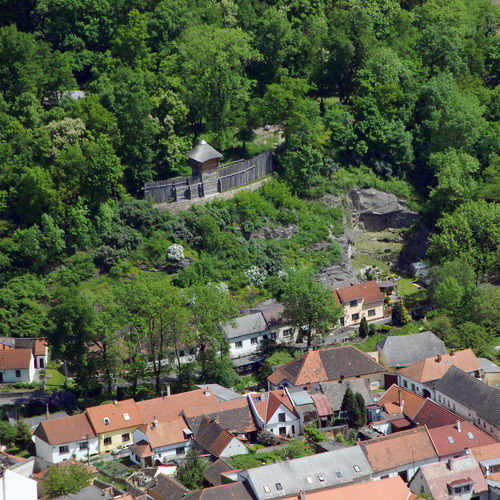 Map notes: A – Early Modern Period path through the original fortification; B – hollow way, probably the original entrance to the hillfort; C – rampart reconstruction. Map symbols are available in the Downloads section. 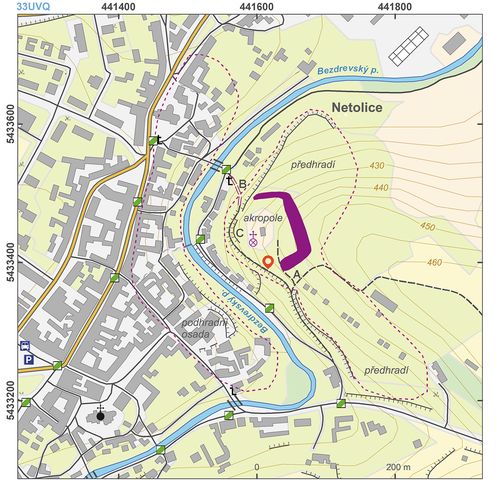