Upper ward encircled by earthwork and ditch from the south-west.

The Klobouk fortified manor has an atypical two-part ground plan. There are remains of the motte on a specifically shaped hill; since vegetation is missing, the ground plan is well visible. It consisted of an upper ward on the north side and a lower ward on the east side. The oval lower ward was protected by a neck ditch (15 m wide and up to 3 m deep) and an earthwork. The upper ward was enclosed by an earthwork and moat (23 m wide and 4.5 m deep). The first mention of Nechvalín stems from the 13th century; however, already in early medieval times, a court might have been situated here, which is indicated by the find of four graves with swords dated into the Moravian Period. By the mid-14th century a manor palace was erected at this spot, which already in 1529 was referred to as deserted. The site was first mentioned in 1930; the last summary of the findings stems from 2001. 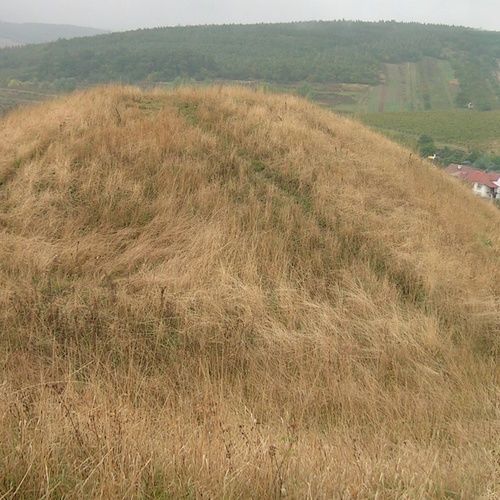 Upper ward encircled by earthwork and ditch from the sout...
Photo L. Kundera. 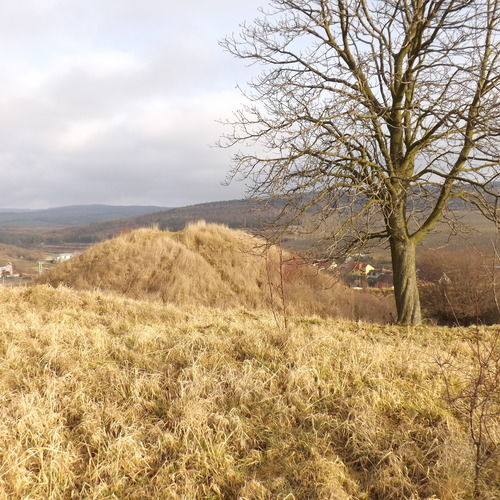 View of the upper ward as seen from the lower ward.
Photo R. Hrich. 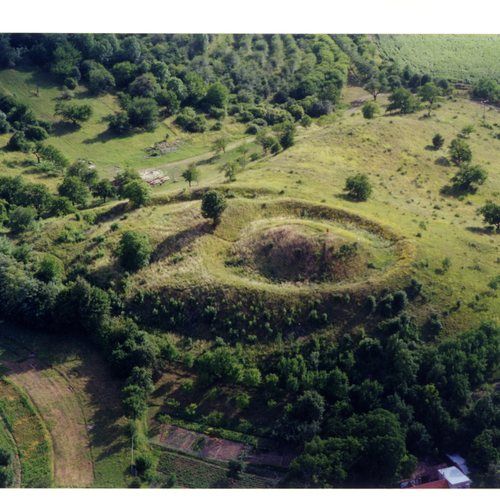 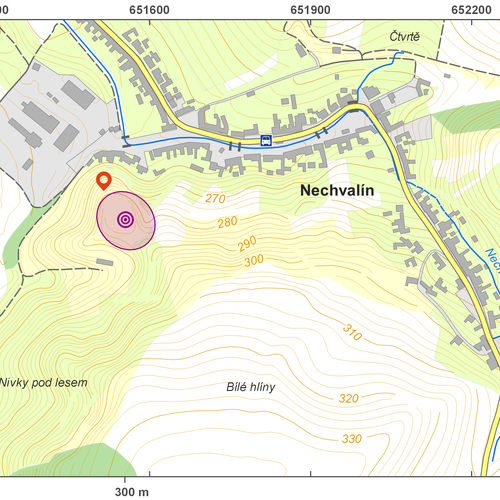 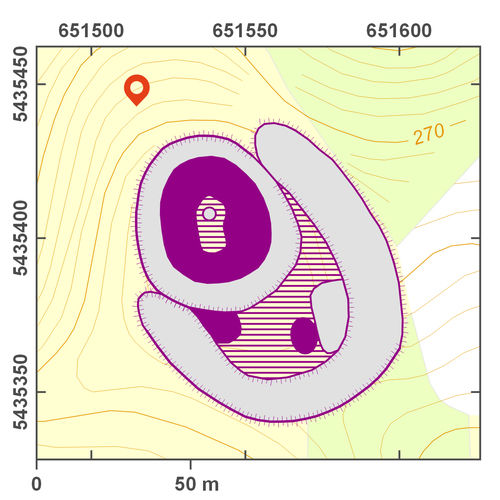