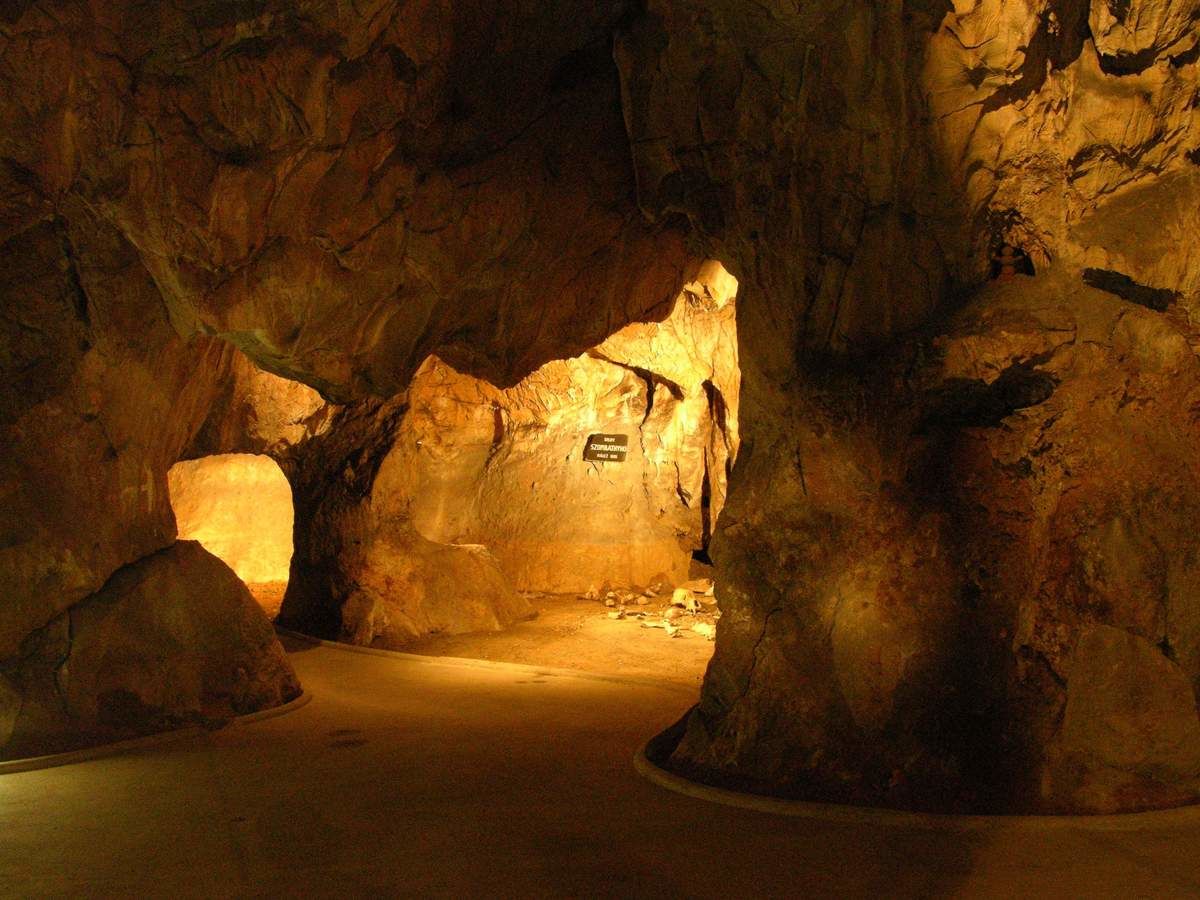 The caves of Mladeč have yielded unique proves of upper Palaeolithic settlement and skeletal remains of modern man. They were discovered in 1828, in the course of limestone quarrying; an excavation was undertaken in the 1890s. Human bones were discovered in three different spots: at the entrance to the cave, in the 'Dome of the Dead' ('Dóm mrtvých') and in the ‘Knies cave’ (destroyed by extraction). A total of about 100 human bones (without anatomical context) of several individuals were found. Another interesting find is the ochre marks on the cave walls. Today, only one of the entrances to the cave is in use; the main visitors’ entrance lies on the south-eastern foot of Třesín Hill. 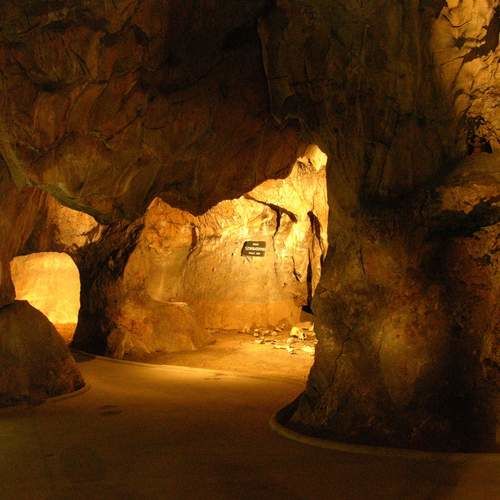 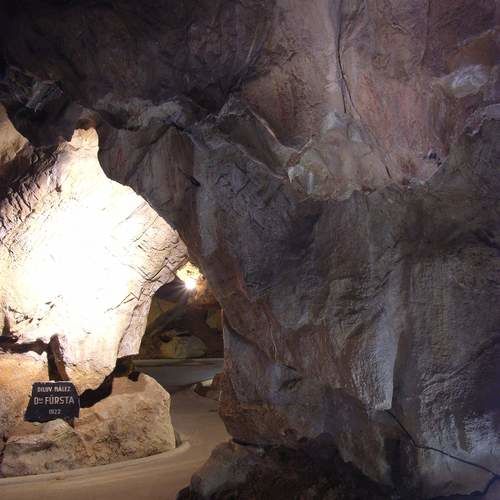 Ochre marks on the right side of the 'portal'.
Photo R. Zatloukal. 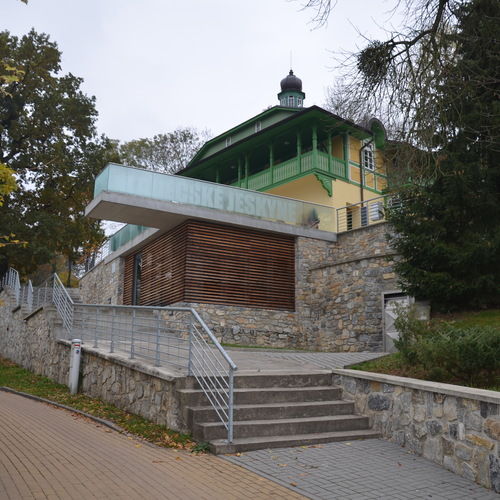 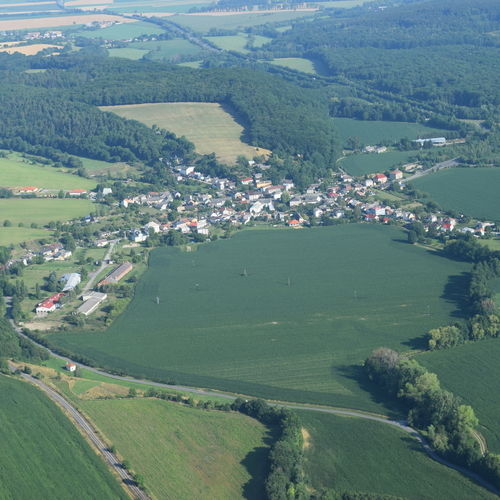 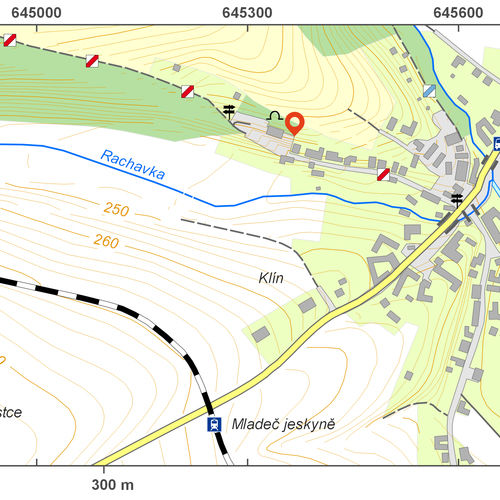