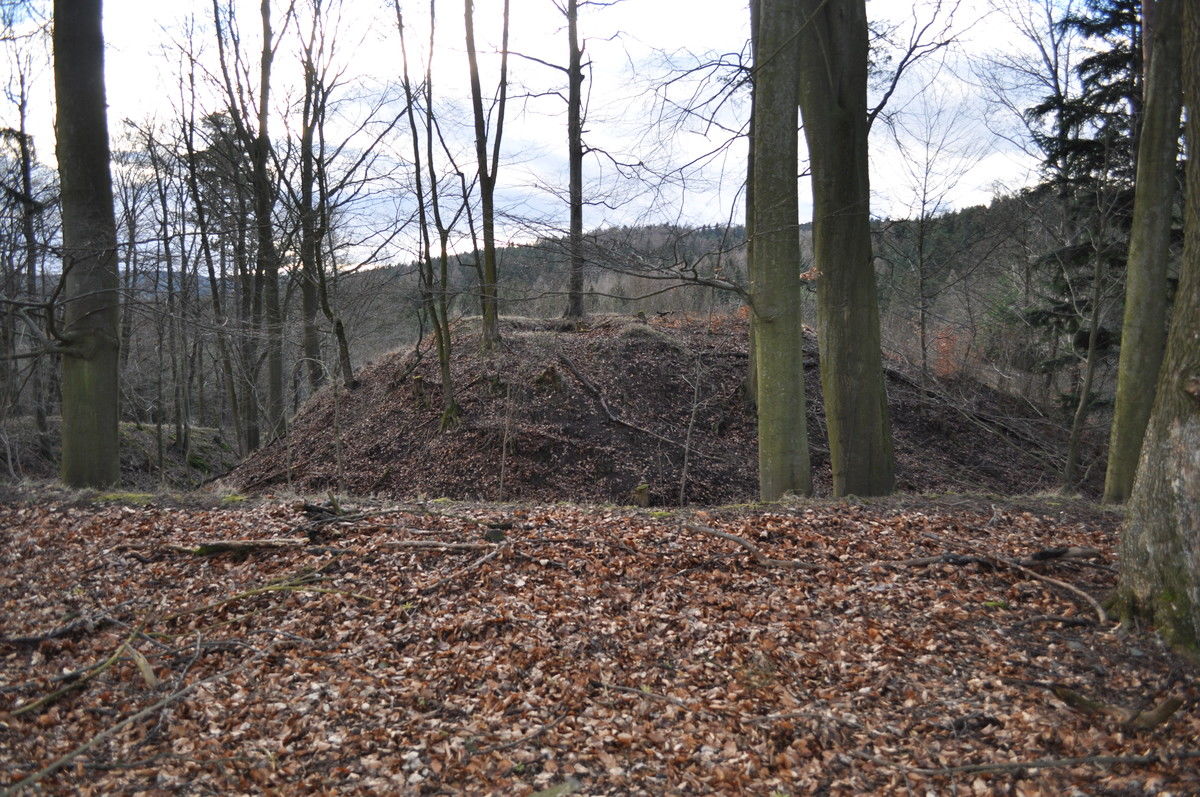 Líšnice Castle, view of the upper ward from the east.

The road corridor Moravská Třebová–Mohelnice is composed of deserted hollow ways, relics of far-distance roads from the Middle Ages. The first written mention of Moravská Třebová is related to 1234. In the 2nd half of the 13th century, Boreš of Reisenburk, the emphyteutic tenant of this territory, founded Radkov, a fortified town with castle, inhabited until the 14th century. Líšnice Castle was established in the 13th century to control one of the branches of the road from Moravská Třebová to Loštice and was deserted already in the mid-15th century. From the small town of Radkov and its castle, an up to 30-m-broad moat carved into the rocks, relics of sunken dwellings, ruins of the fortification walls and of the system of hollow ways, which sometimes form a bundle of up to 40 routes, have survived. Only fragments of the upper ward of Líšnice Castle are preserved, the entrance tower and a mighty, up to 17-m-broad moat. 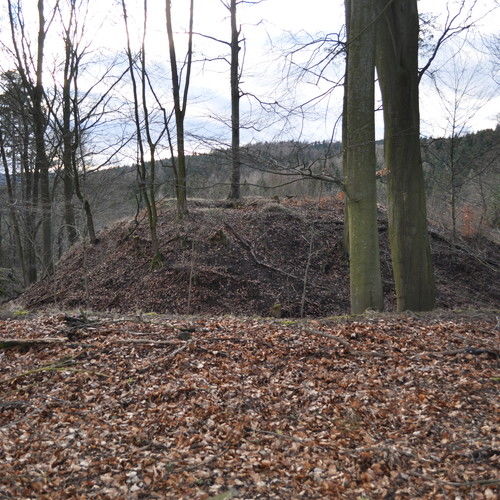 Líšnice Castle, view of the upper ward from the east.
Photo P. Šlézar. 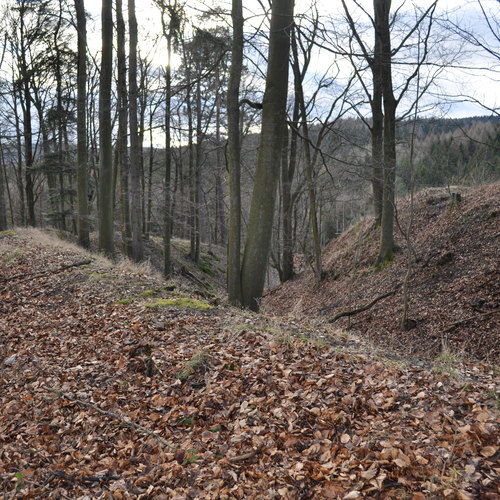 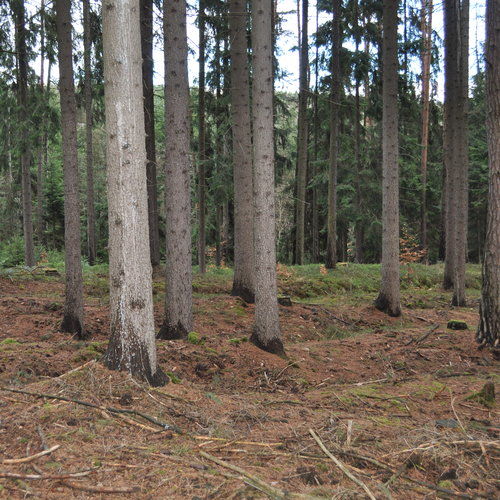 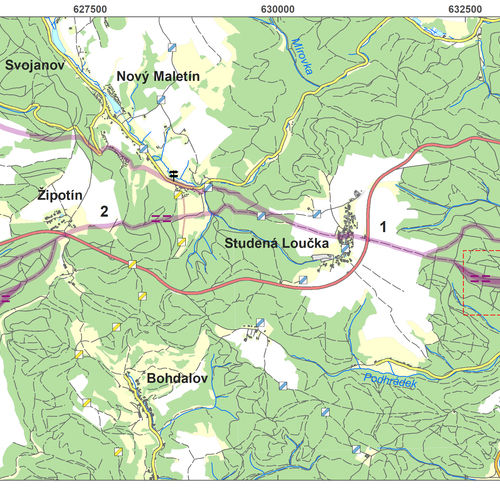 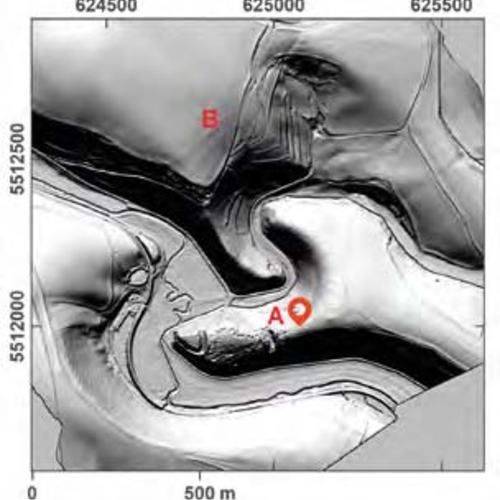 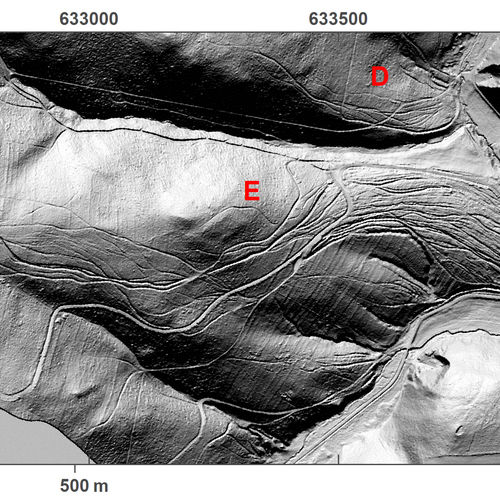