‘Řebřík’ Castle was built at the beginning of the 14th century and began to decline as early as at the end of the 15th century. As a whole, the settlement complex consisted of castle with a three-compartment palace and two courtyards. A manorial farm and a village, both situated nearby, formed the economic (farming) hinterland of the castle. It also included a pit quarry and a fish pond. The still standing Church of Sts Peter and Paul dates to around the mid 14th century. 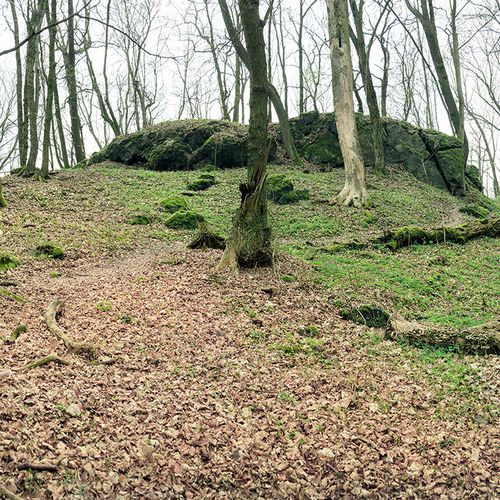 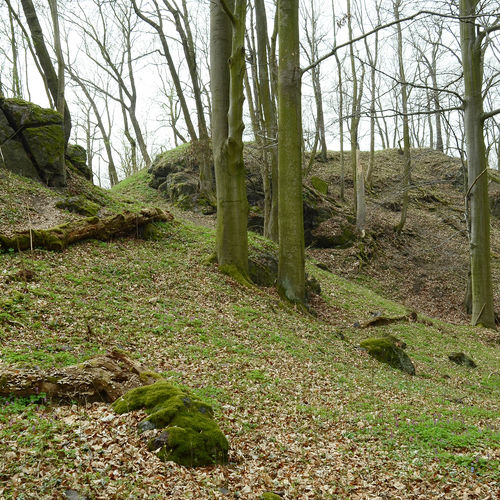 Detailed view of the site from southeast.
Photo Z. Kačerová, 2014. 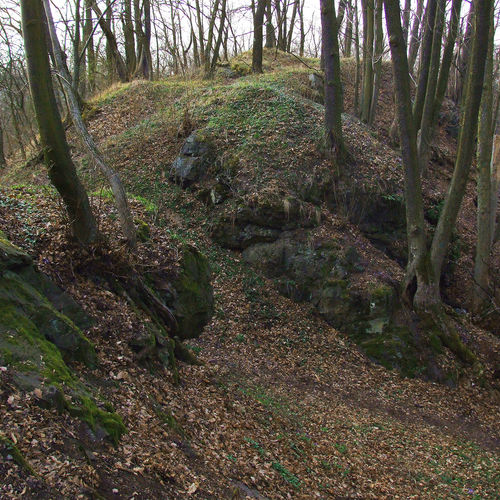 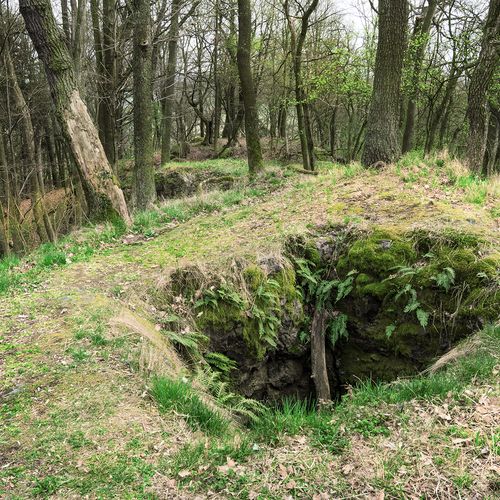 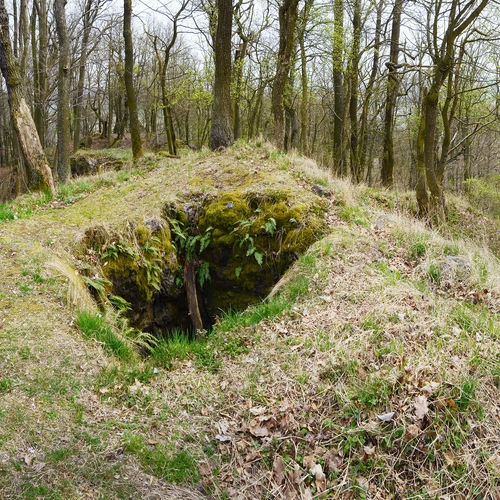 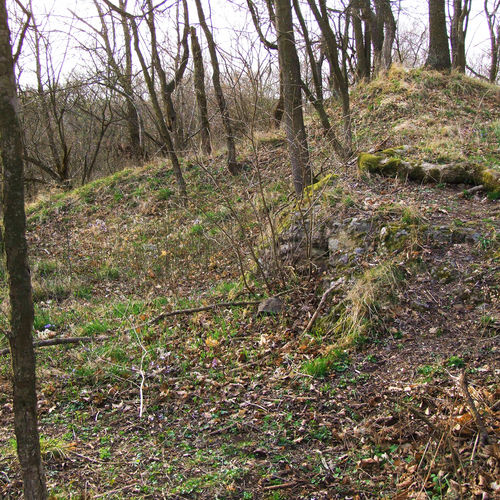 Interior of the cellar of the castle palace.
Photo J. Hložek, 2013. 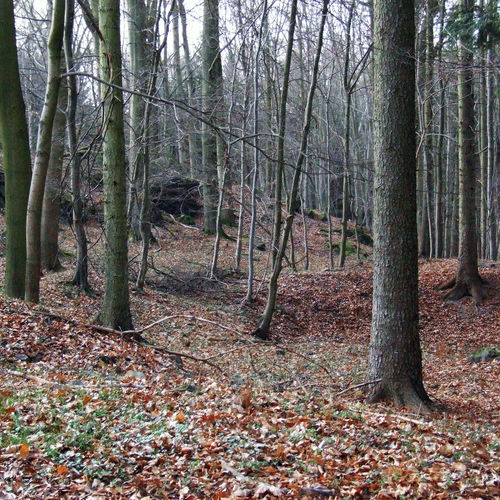 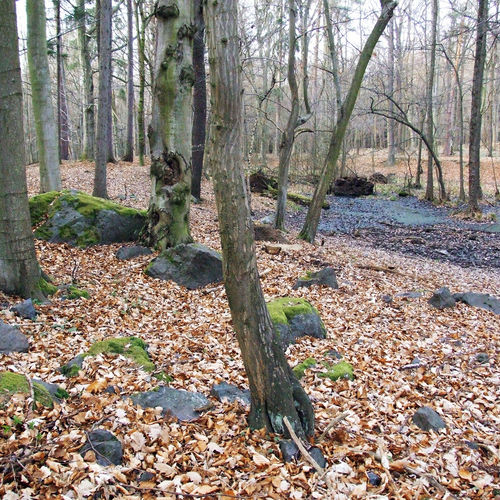 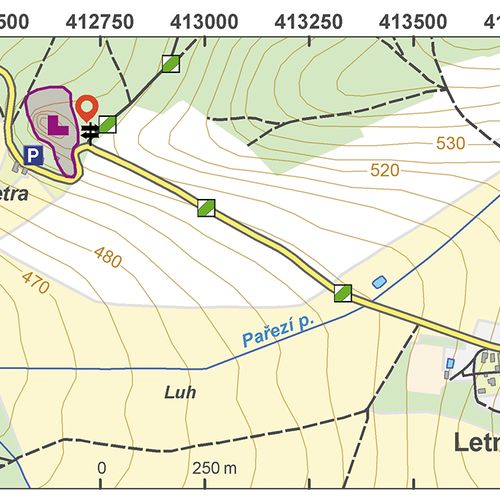 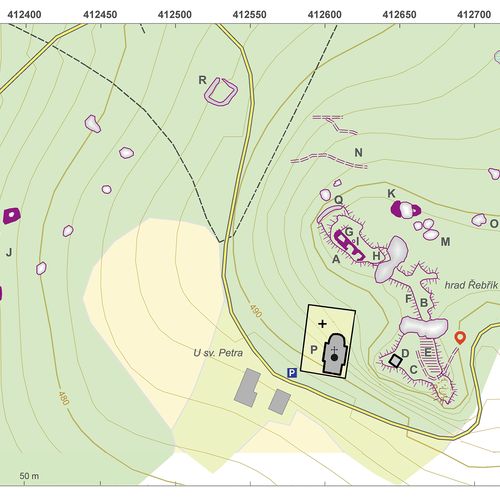 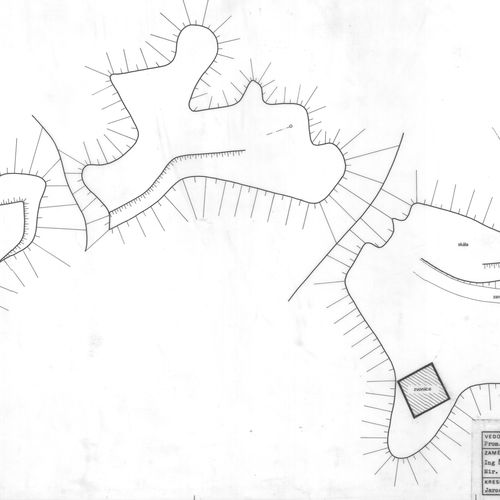