Tříkřížový hill with the acropolis, taken from the other bank of Elbe River.

The prehistoric ‘Hrádek’ or ‘Tříkřížový vrch’ hillfort with massive banks is situated in a dominant location above the Elbe River on an ancient trade route in the area of the ‘Česká brána’ (‘Bohemian Gate’), an access point to the main settlement zone of Bohemia. Although the fortification, composed today of a pair of prominent banks and ditches, is not dated reliably, it is known to have been used in prehistoric times and the Early Middle Ages. Bronze Age weapons found in the riverbed below the hillfort were probably deposited there as offerings. In the 9th century, the site belonged to the mythical territory of the Lučané tribe and is sometimes connected with Canburg castle to which Charlemagne’s son, Charles the Younger, King of the Franks, led a campaign in 805. The main hillfort and the assumed acropolis (with three wooden crosses placed here in the 16th century or earlier) are separated by a ravine. 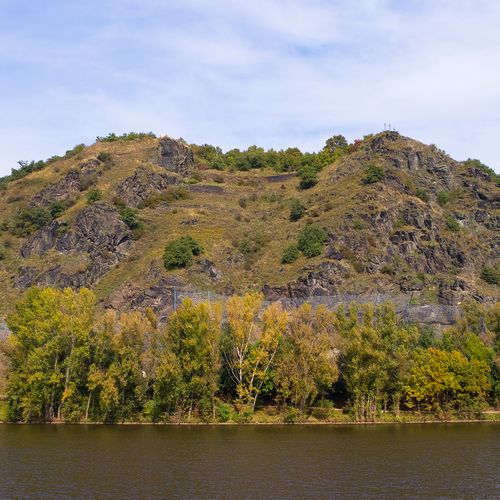 Tříkřížový hill with the acropolis, taken from the other ...
Photo A. Danielisová, 2013. 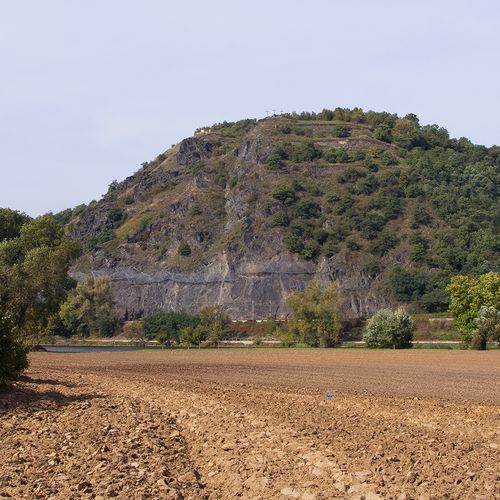 Tříkřížový hill with a calvary, taken from south.
Photo A. Danielisová 2013. 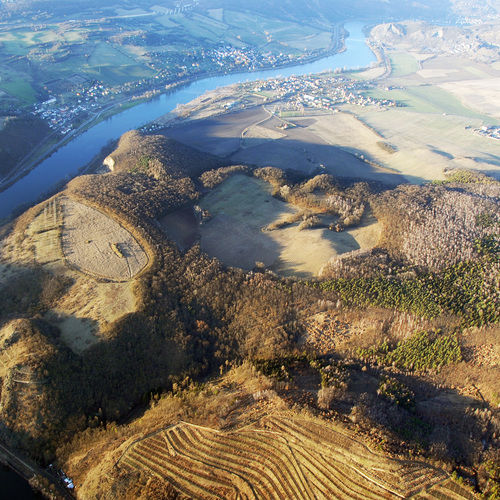 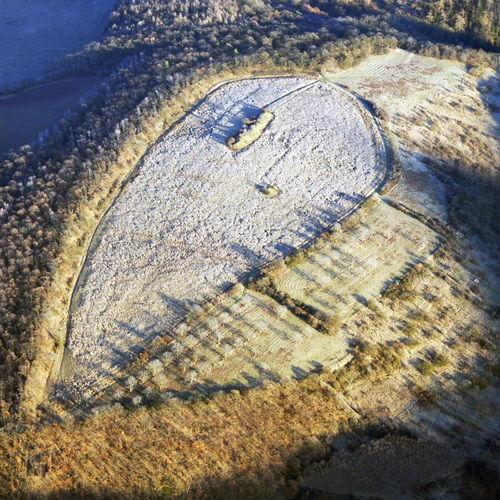 Aerial view of Hrádek with the hillfort.
Photo M. Gojda, 2009. 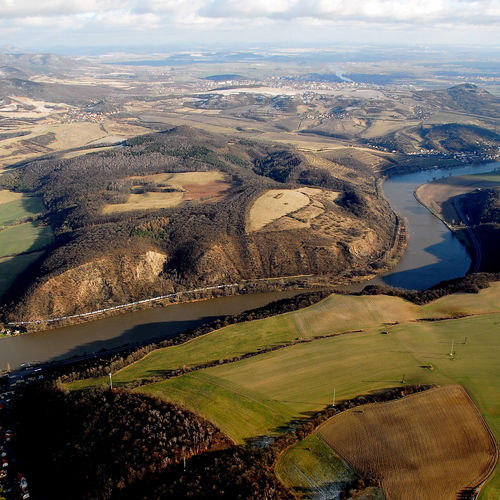 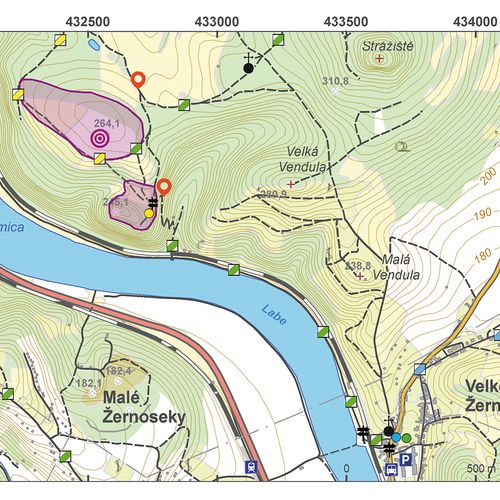 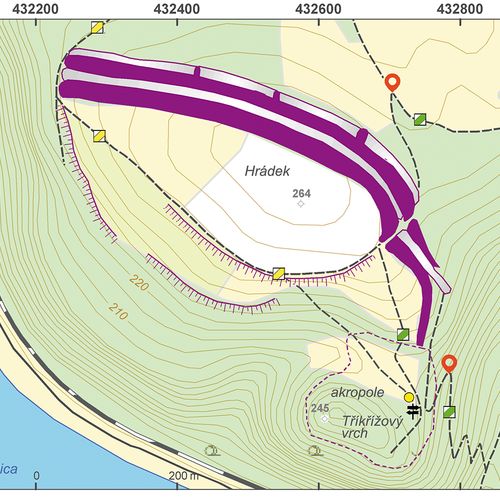 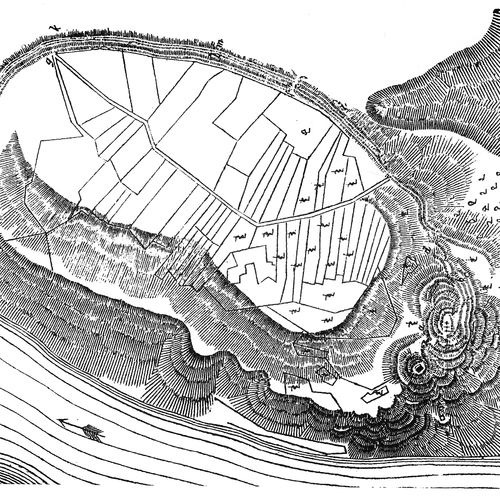