Mining area of the Vilémov monastery

make it possible to reconstruct the stages of extraction and processing of ore at the end of the Early Middle Ages and the beginning of the High Middle Ages. The Benedictine Sts Peter and Paul Monastery was founded in the 12th century and economically profited from extraction of argentiferous and auriferous ores in the Železné Mts. The monastery itself (not described in this publication) was abandoned during the Hussite Wars, after which a Renaissance fortified manor was built on the site, followed later by a Baroque chateau. The mining area and its surroundings are today represented by a field of depressions left from extraction activities, a pond with a millrace and the paths used to transport the ore. The local mining reached its peak in the 13th century. 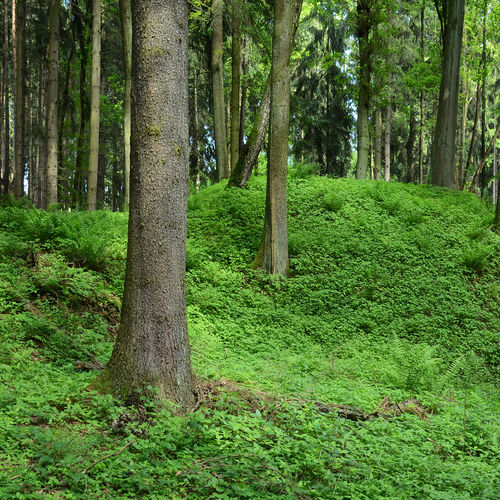 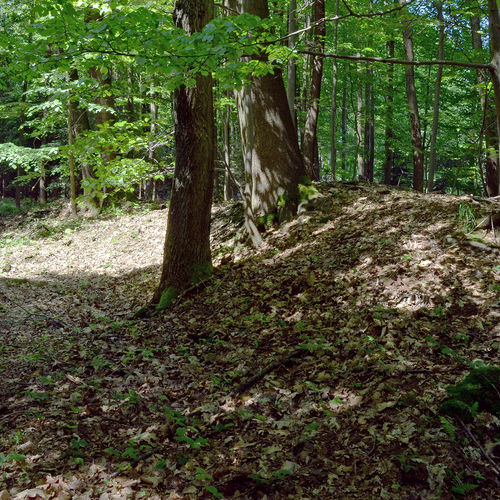 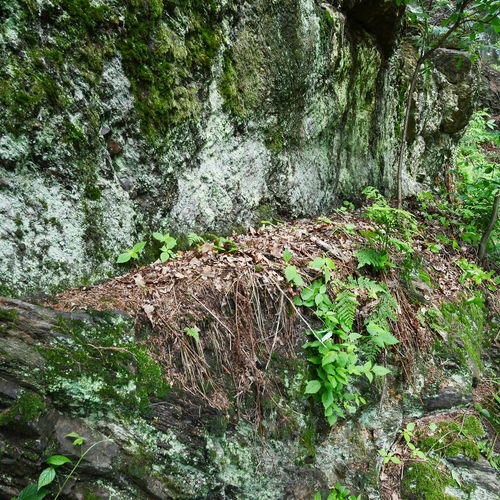 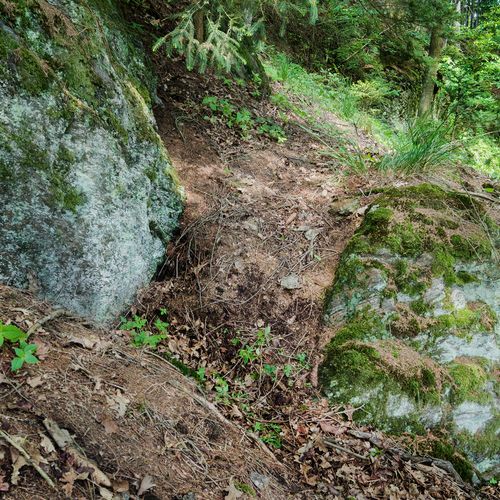 Map notes: A – field of mining pits; B – path from the processing area to the assumed ore mill; C – millrace; D – marks left by blades and hammers in a gully carved into the rock; E – relief step of gully naturally carved into slope; F – preserved part of pond bank; G – path from mining area to village. Map symbols are available in the Downloads section. 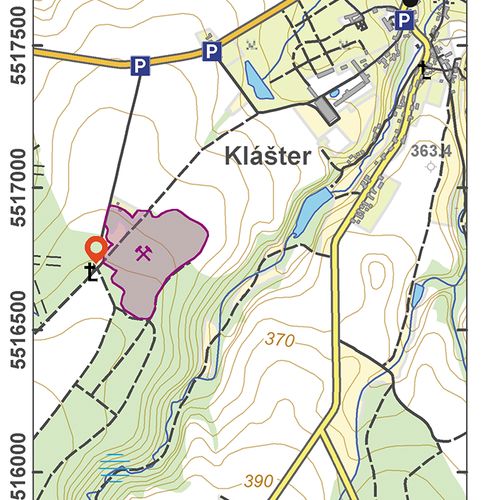 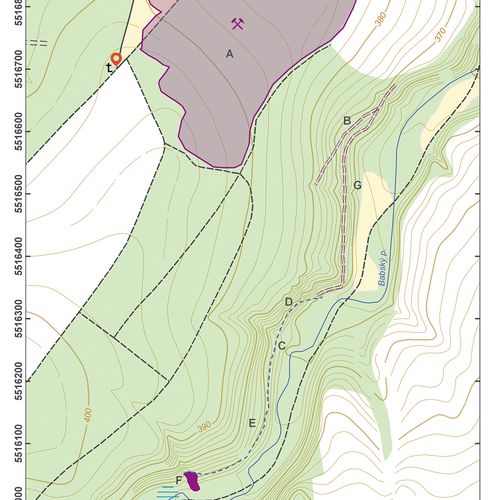