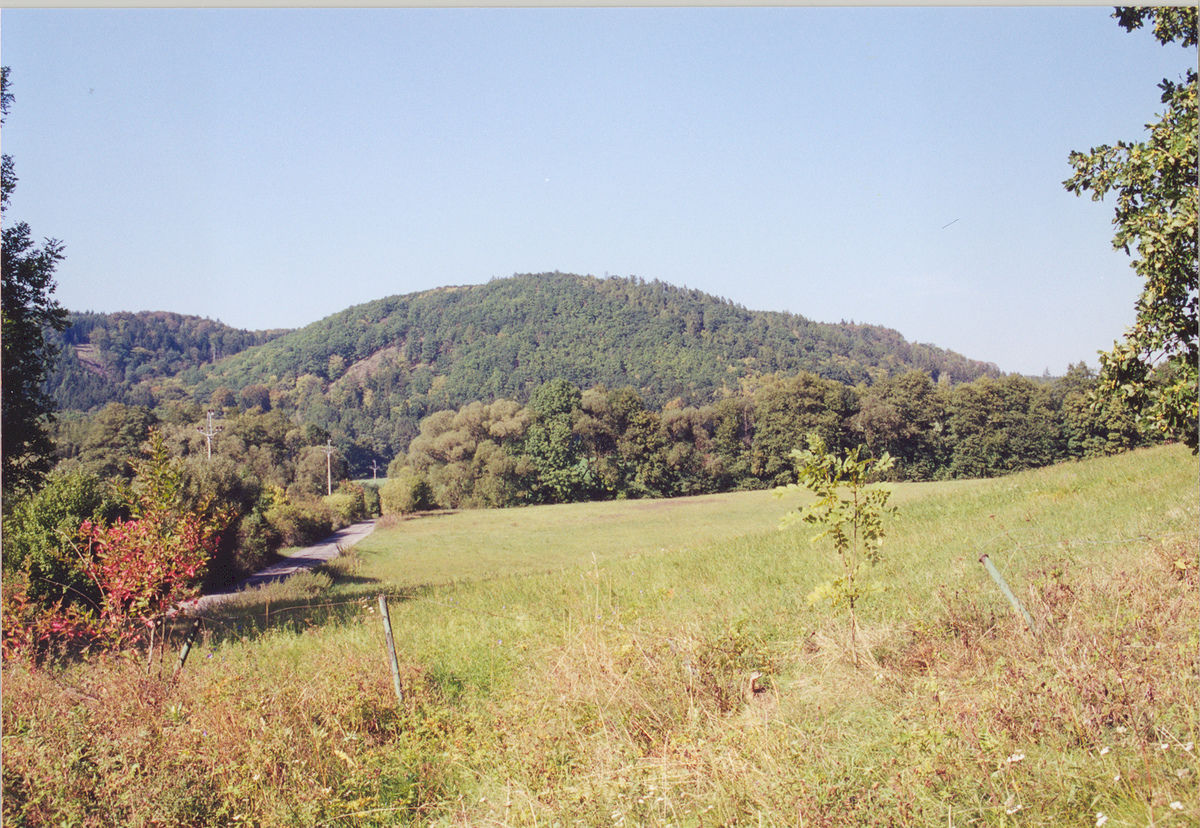 Černov hillfort from the south.

The prehistoric hillfort of Černov counts among the oldest sites with ‘Celtic’ occupation and at the same time the only hillfort in Moravia from that time, which was archaeologically investigated. Discovered in the 1890s, its dating into the early La Tène Period is supported by finds of hoards of iron and agricultural tools. The fortification consisted of an earth-and-gravel wall with stone embankment. The hillfort was deserted in connection with a fire; later, the area was used in the Early Middle Ages. The hillfort shows an oval ground plan of 9.3 ha; it is situated on a spur and divided into an upper and lower ward. The terrain clearly displays the contour of a fourfold defence line composed of earthworks and ditches. 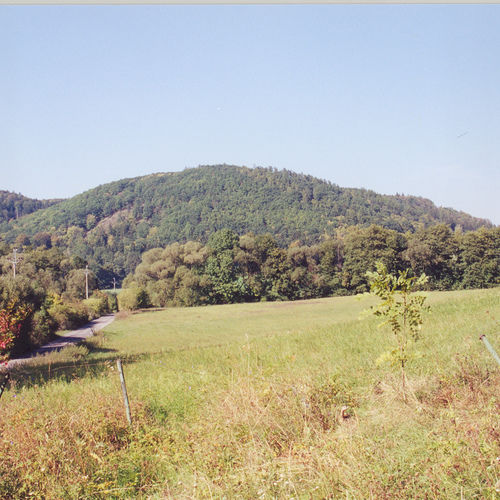 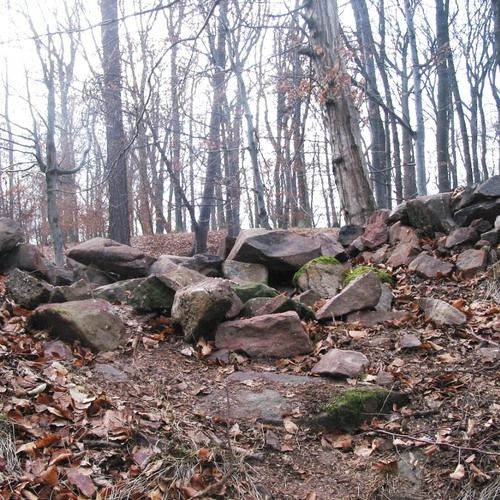 Stone debris from the outer rampart around the upper ward.
Photo T. Zeman, 2003. 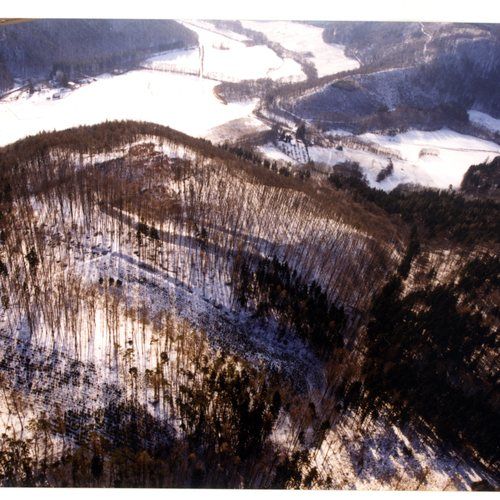 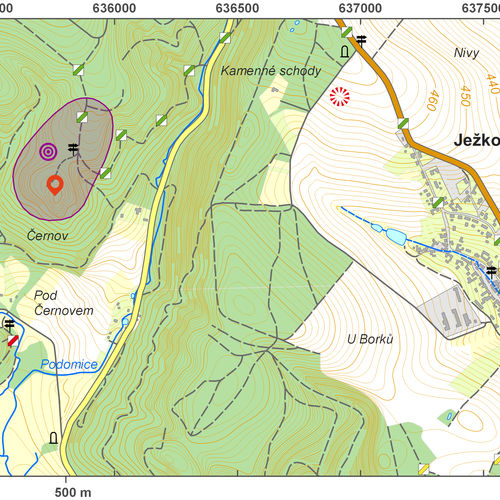 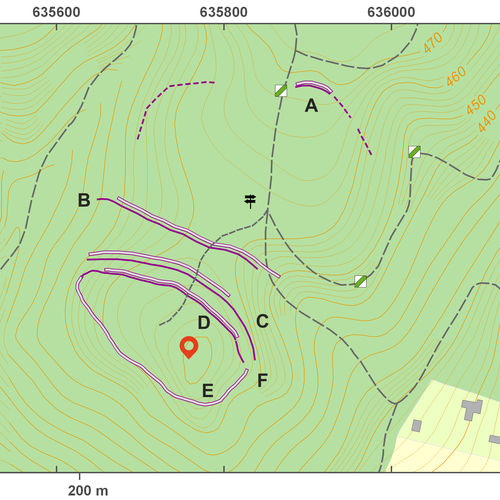