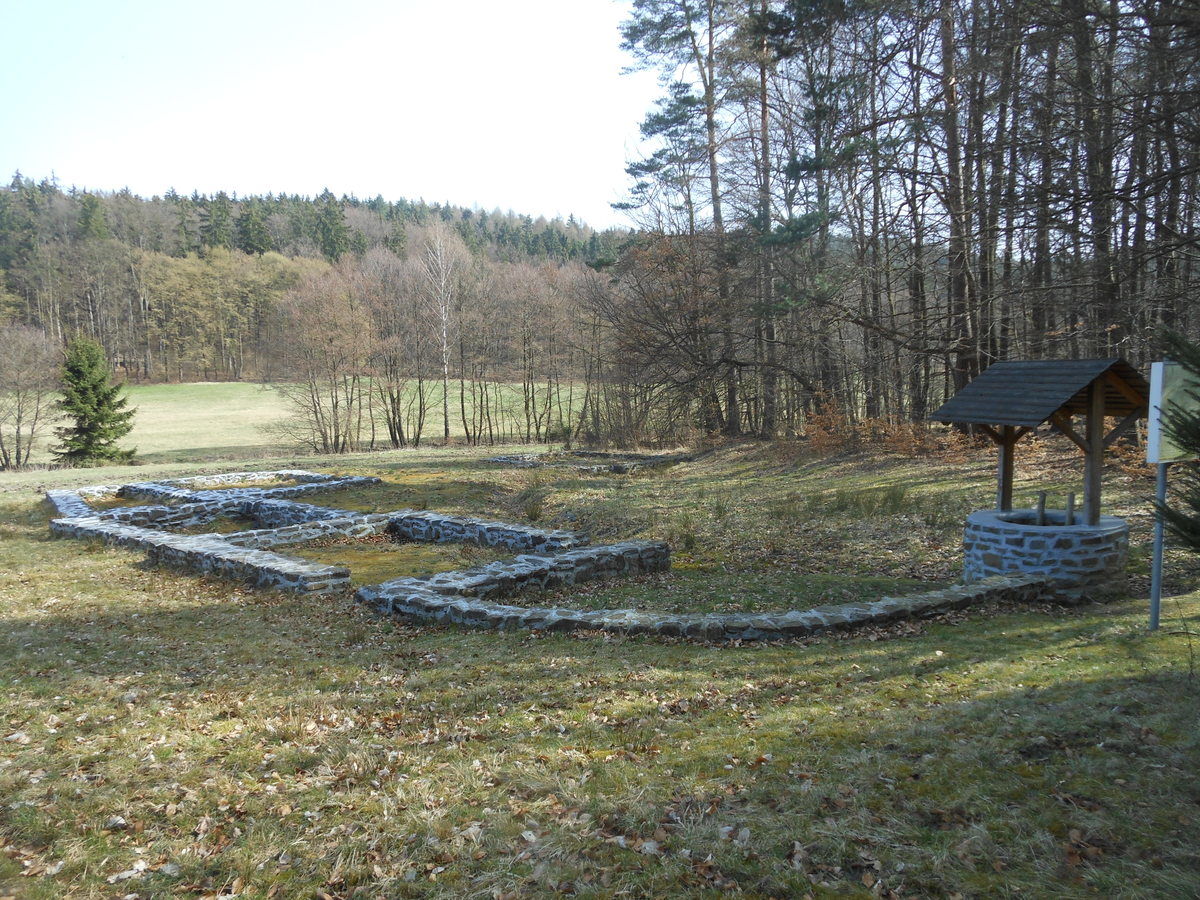 Presentation of the foundations of farmstead No. X.

The deserted medieval village of Bystřec is unique in the extent of the conducted archaeological excavation counting among the largest of its kind in Central Europe. The settlement was established in connection with the 13th-century colonization and deserted after a fire at the beginning of the 15th century. The village belongs to the oblong forest type (Waldhufendorf) and spreads over a surface of 600 × 200 m. The systematic archaeological excavation (conducted since 1975) has provided evidence of 19 farmsteads composed of buildings with post-in-hole and log construction, stone-walled chambers and shelters with light timber constructions. Today, there are information panels at the southern border of the area, and we can see the foundation walls of a three-room house with large stone chamber. The foundations of a larger farmstead with the unique find of a well can be seen on the south-eastern border of the village. 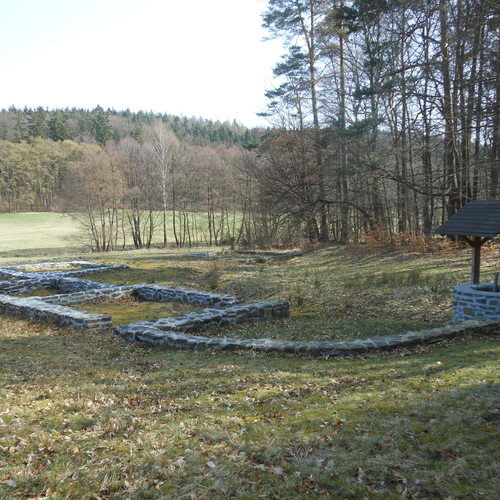 Presentation of the foundations of farmstead No. X.
Photo R. Stránská, 2015. 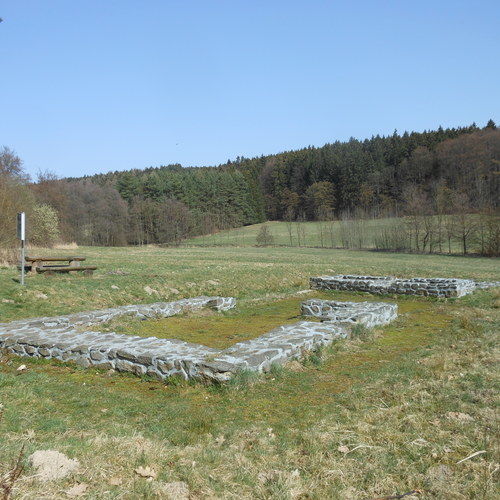 Presentation of the foundations of farmstead No. XI.
Photo R. Stránská, 2015. 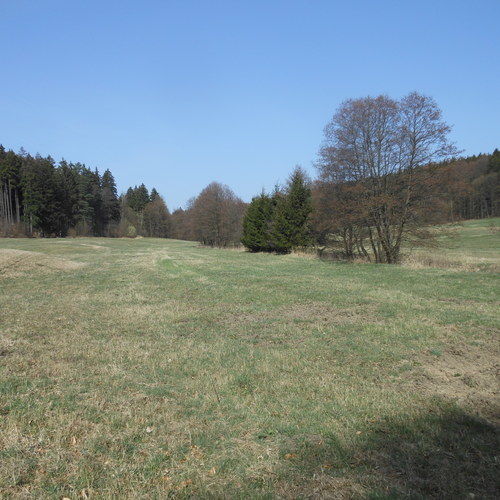 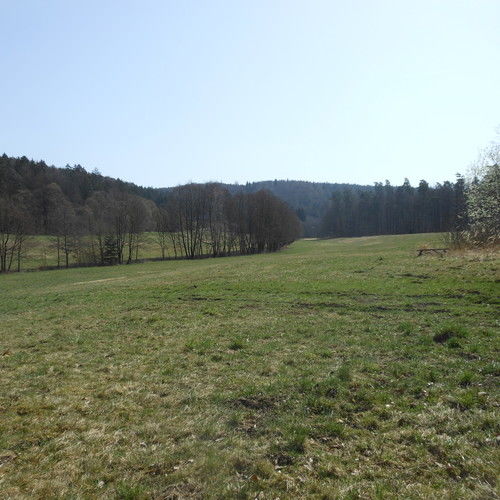 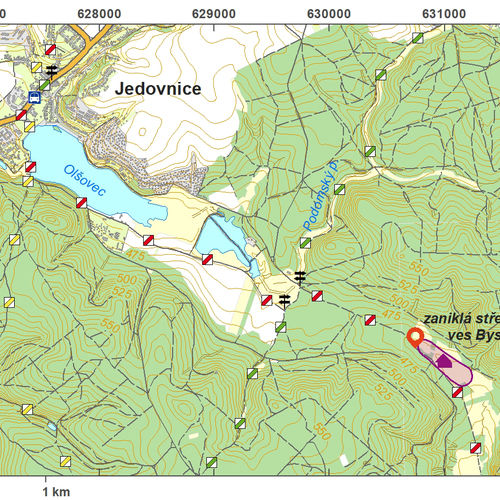 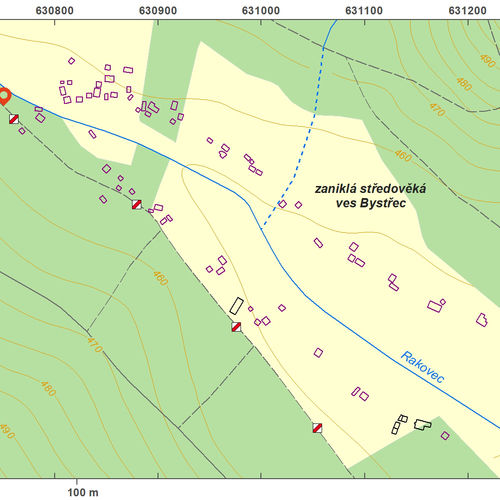