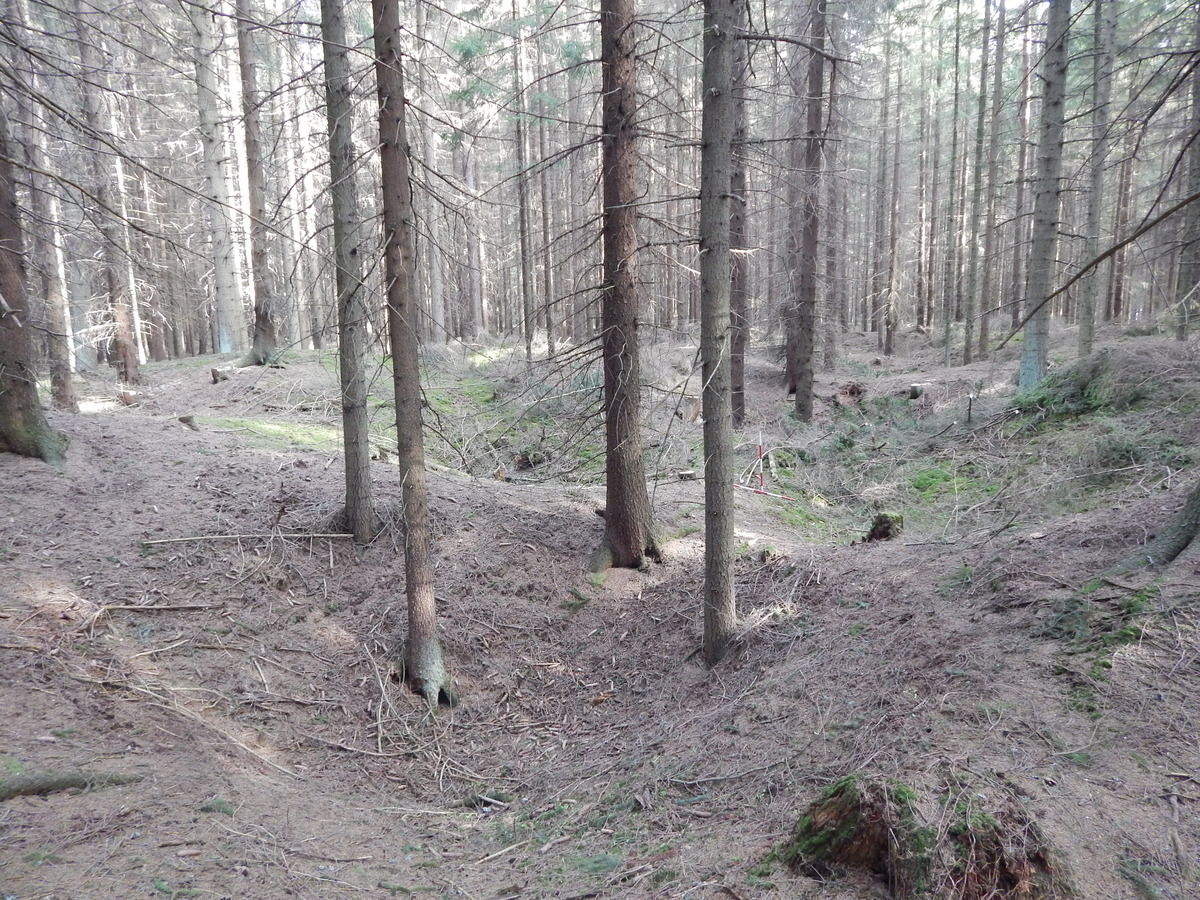 Remains of silver ore mining in the terrain.

The medieval village of Bradlo with the remains of silver mining in its surroundings was mentioned in 1226 for the first time and deserted, out of unknown reasons, most probably in the 2nd half of the 15th century. The house fronts were oriented towards the village green and situated mainly on the south of the stream. In the surroundings, one will find the remains of water reservoirs, hollow ways, field borders and traces of silver mining. Today, the remains of the village are distributed over a surface of 200 × 100 m, the debris of the buildings appear as small elevations in the landscape. Unfortunately, the area was damaged by forestry and treasure hunters. 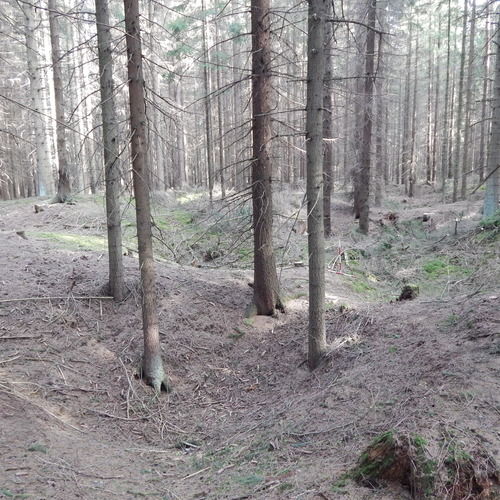 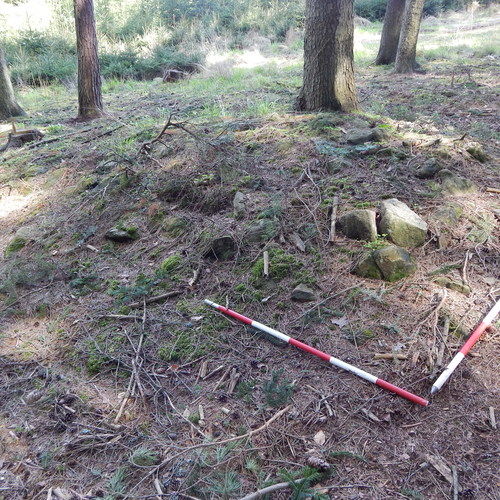 Debris of a building of the deserted medieval village.
Photo P. Macků, 2015. 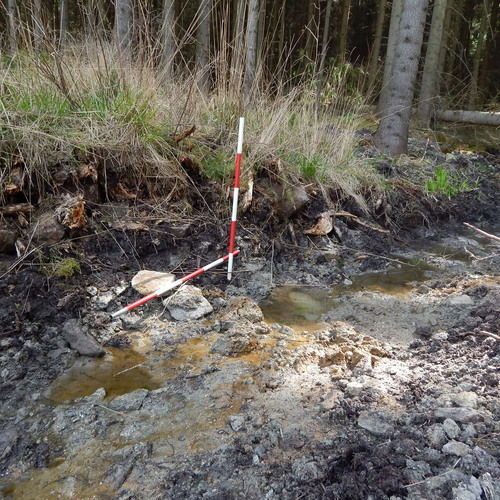 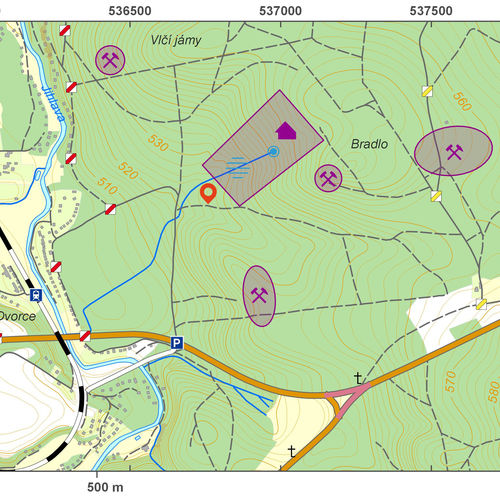