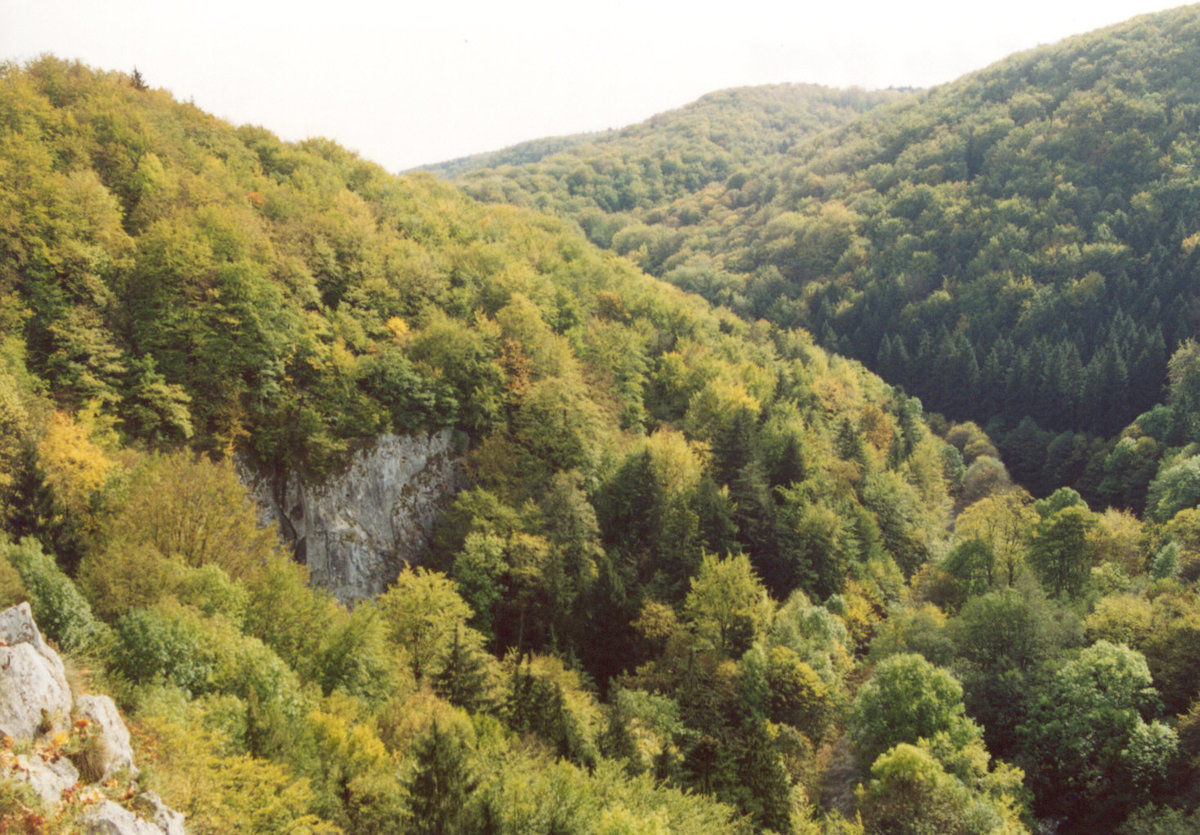 Overall view of the cave from the north-west.

The Býčí skála Cave in the Moravian Karst represents the oldest archaeological cave site in Moravia. The remains of the settlements, stretching from the Palaeolithic to the Early Iron Age, have been discovered since the mid-19th century. The famous bronze statuette of a bull, two large cremation grounds with the remains of 40 people, some animal bones and a number of unique finds (ceramic and bronze vessels, iron weapons, decorative items of gold and bronze, thousands of glass and amber beads or the unique remains of three or four chariots) were among the discoveries. The interpretation of the site remains unclear, a cultic or sacrificial function is debated most often. The cave is 7 km long, whereby archaeological material appeared in the entrance part (‘Předsíň’ [entrance hall] and ‘Jižní odbočka’ [southern branch]). During World War II, the cave was irretrievably damaged by laying a concrete floor in the Entrance Hall. The site cannot be accessed year-round; guided tours for the public are being organized in May. 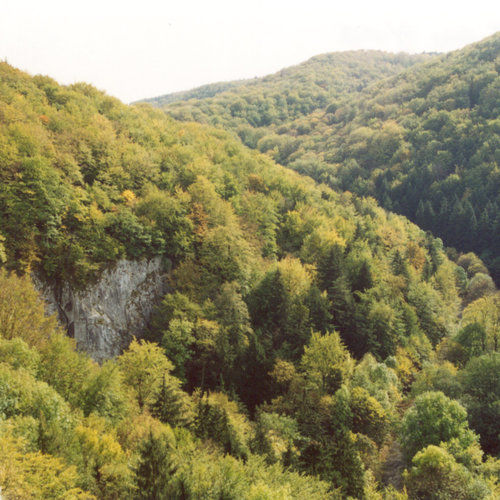 Overall view of the cave from the north-west.
Photo M. Přichystal, 2001. 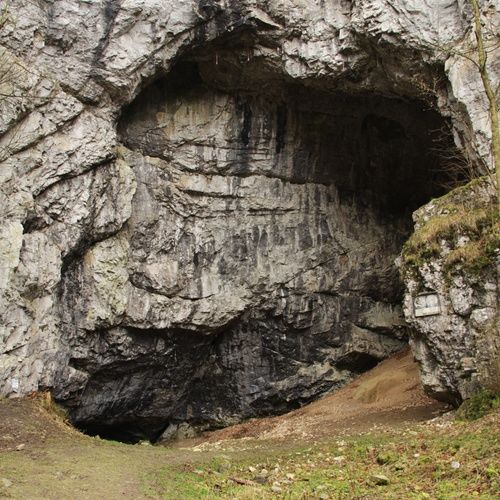 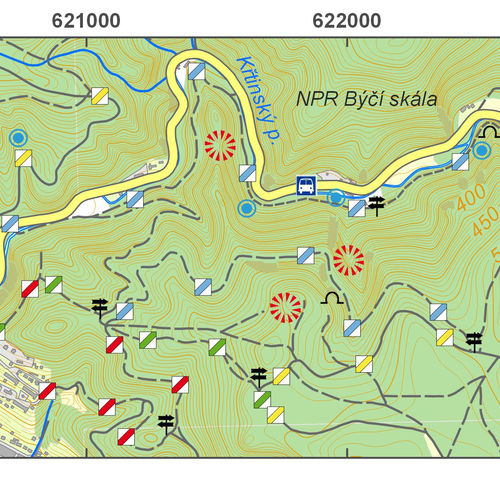