One of the best preserved settlement units of the Late Medieval and the Early Modern Periods in Bohemia. The deserted village of ‘Rovný‘ is composed of eight homesteads, a fortified manor and 1-2 mills, including a cascade of four ponds related to the defence of the manor. The village was founded around the mid 14th century and was abandoned during the Hussite Wars; after being rebuilt in the 16th century, the village met its definitive end during the Thirty Years’ War. Both parts of the village – the Late Medieval and the Early Modern – are clearly distinguishable in the field. 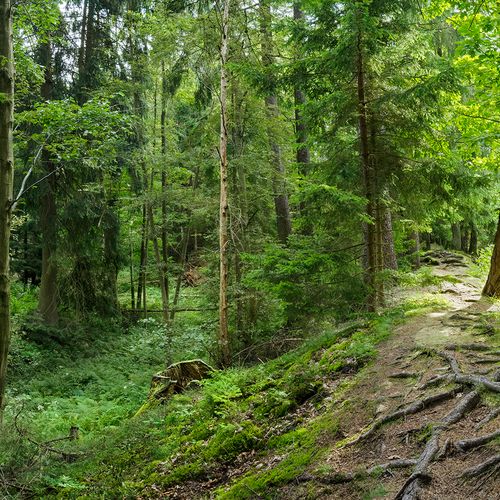 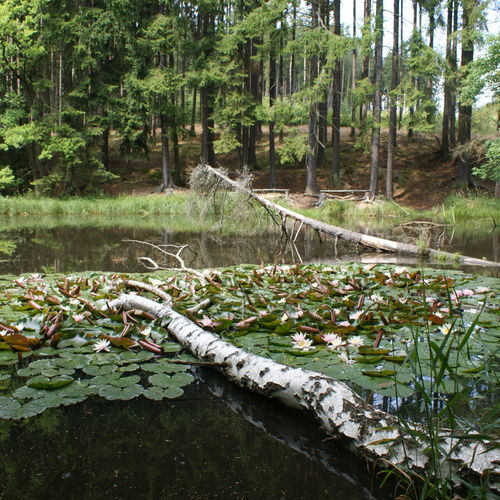 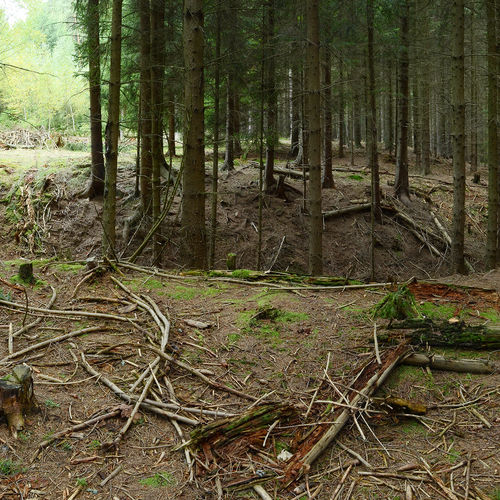 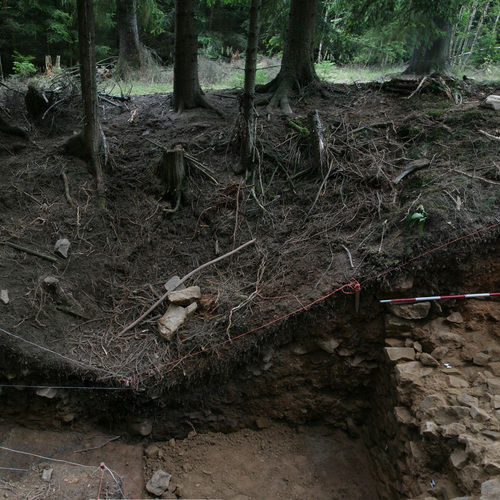 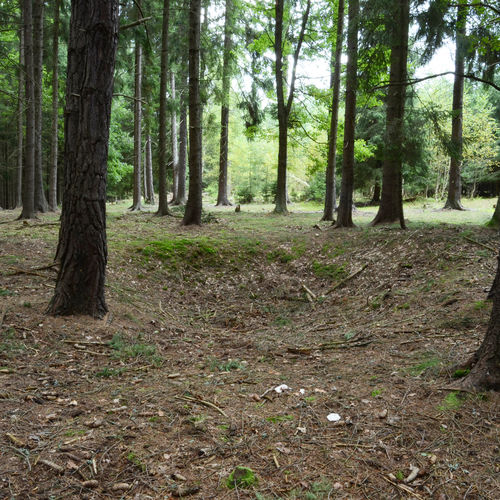 One of features from the Medieval part of the village.
Photo Z. Kačerová, 2013. 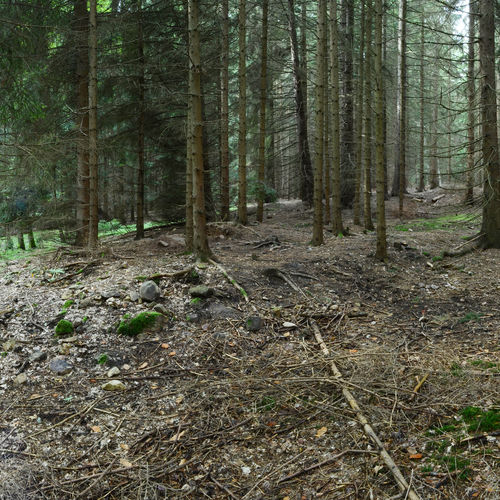 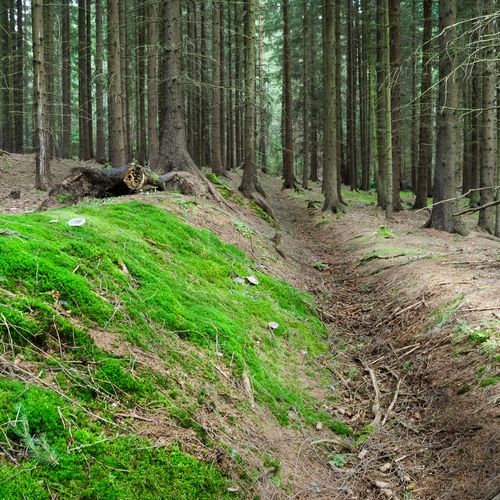 Bank with a moat that divided the meadow from forest afte...
Photo Z. Kačerová, 2013. 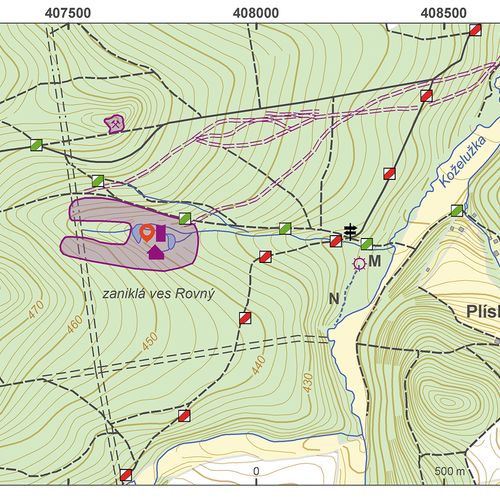 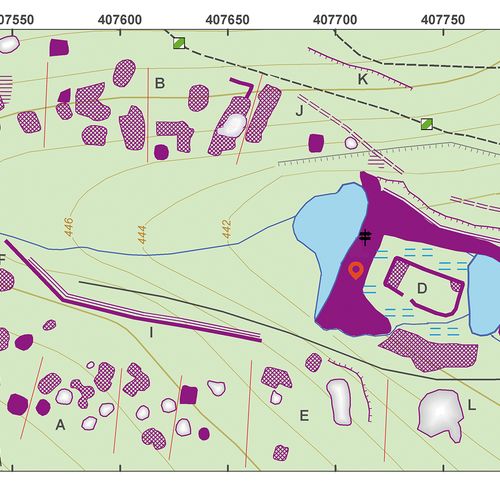