Sekanka. View from the deserted city on the double line of banks.

A medieval landscape complex comprising the monastery on ‘Ostrov’ island near Davle, the monastery town of ‘Sekanka’ at the confluence of the Vltava and Sázava rivers and surrounding passage routes from the 11th century to the 13th century. Founded around the year 1000, the Benedictine Monastery of the Decollation of St John the Baptist was heavily damaged during the Brandenburg pillage of Bohemia (1278-1283) and definitively abandoned after the Hussite Wars (1419-1434). The monastery town of ‘Sekanka’ with evidence of stone fortifications, trade and long-distance contacts was founded in the 13th century but was soon abandoned during the Brandenburg raids and never renewed, probably as a result of the lack of an adequate agricultural hinterland. Excavations of key importance for Czech archaeology were conducted at both sites between the 1950s and the 1980s. 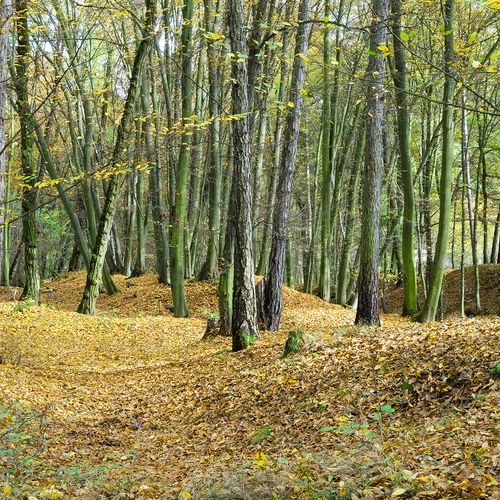 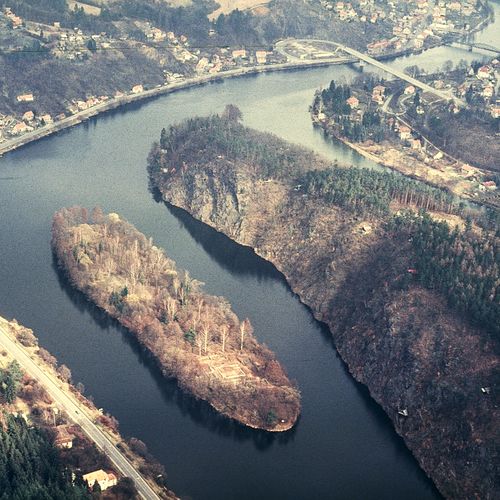 Aerial view of the island and promontory at the confluenc...
Photo M. Gojda. 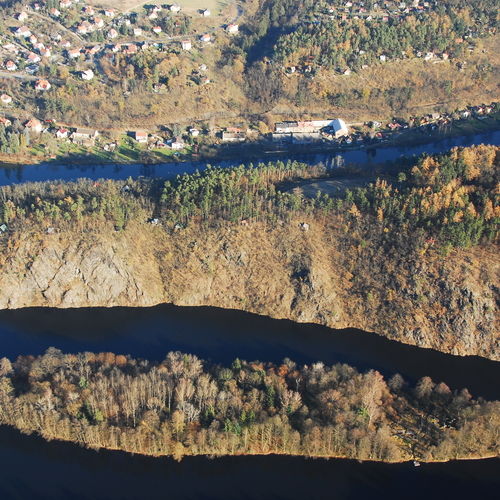 Microregion of the cloister and the city.
Photo M. Gojda. 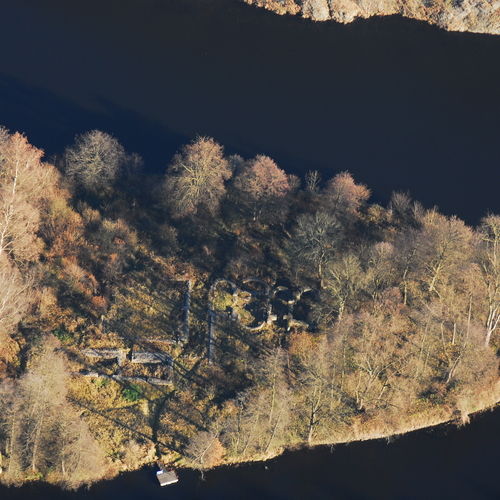 Ruins of monastic buildings. roregion of the cloister and...
Photo M. Gojda. 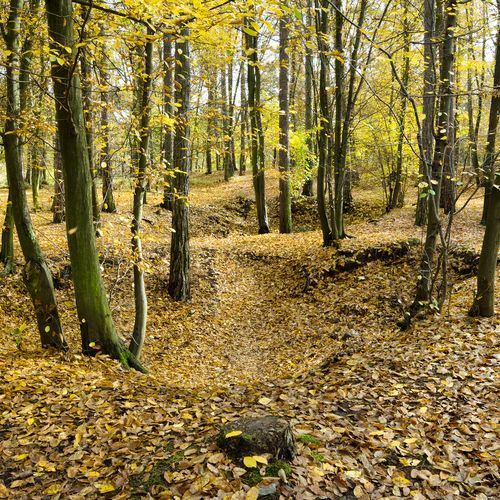 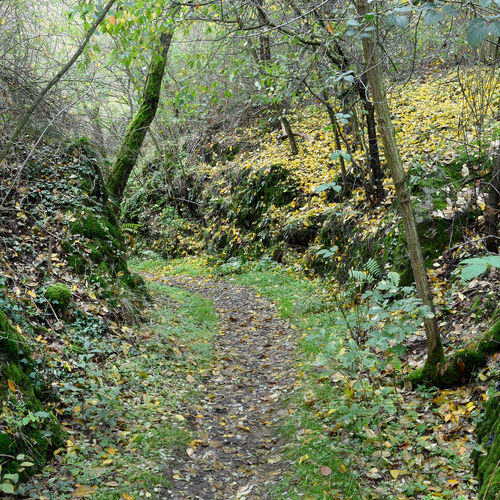 Hollow ways cut in rock in the northern part of the promo...
Photo Z. Kačerová, 2013. 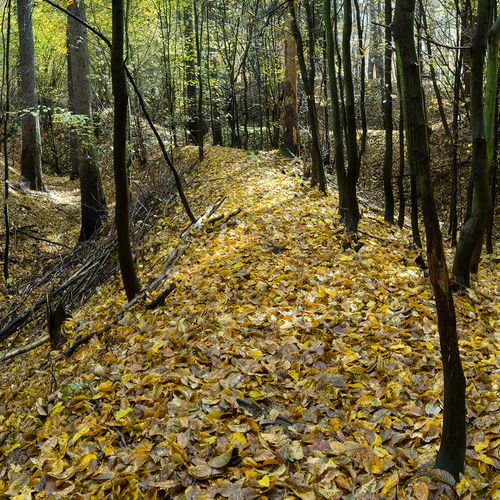 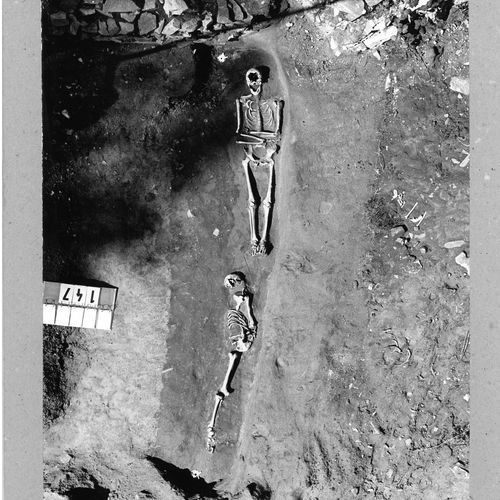 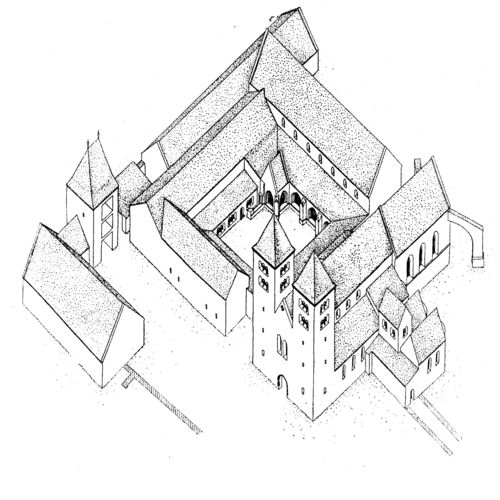 Reconstruction of the Ostrov monastery, view from south-w...
After J. Stehlík 1947. 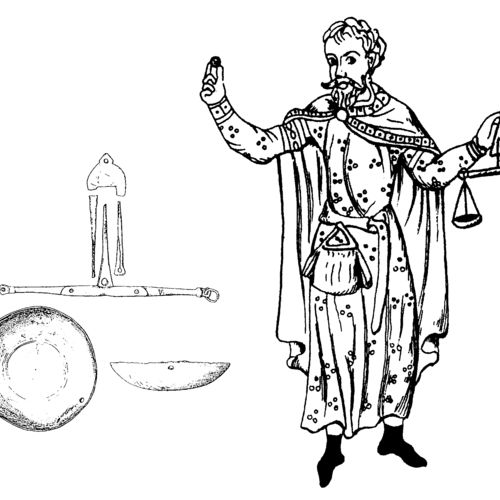 Drawing of a folding merchant pair of scales found at the...
After J. Klápště. 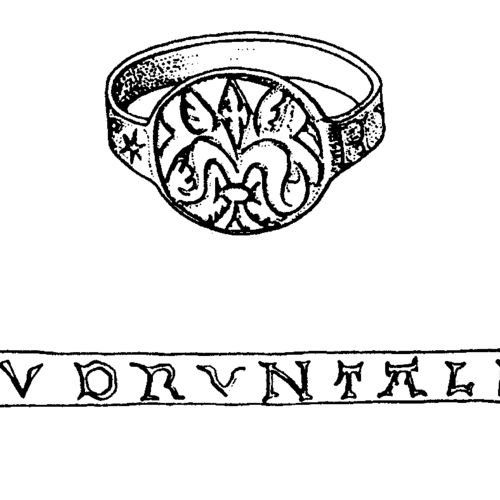 Drawing of a ring with a German inscription „HUDRUNTALER“...
After M. Richter. 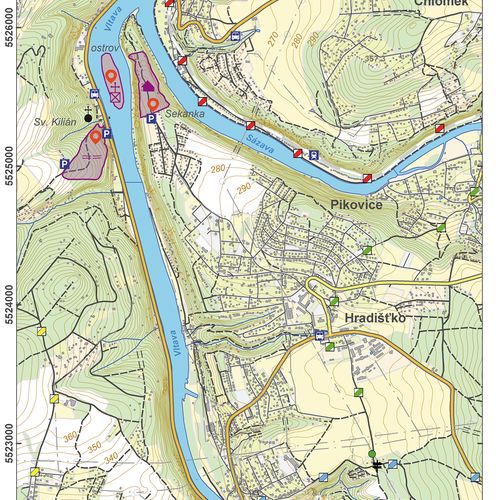 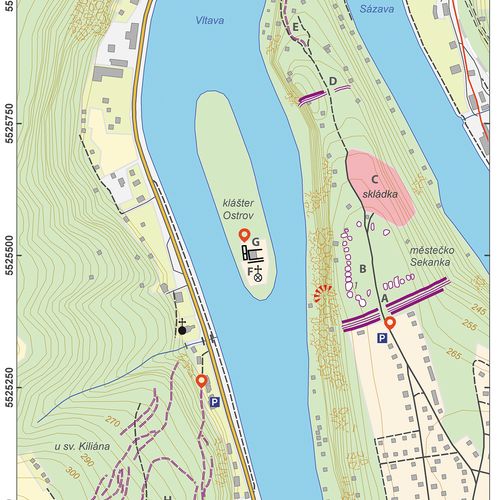 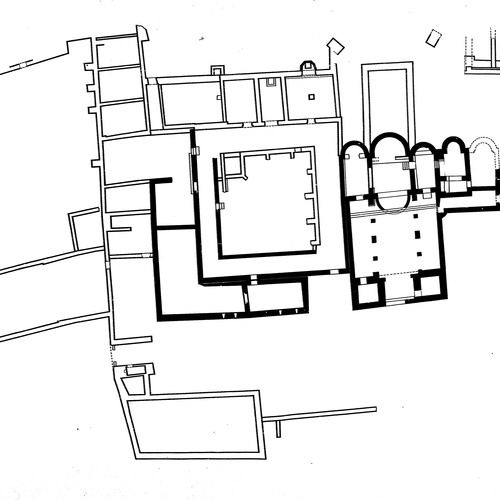