Frontal bank of the hillfort.

An Early Medieval hillfort in a dominant landscape location, enclosed by an extraordinarily massive fortification surviving today in the form of a bank and ditch. The ‘Švédské šance’ (‘Swedish Fort’) hillfort was built in the 8th century and was probably abandoned in the first half of the 10th century due to the spread of Přemyslid power from central Bohemia to other parts of the country. 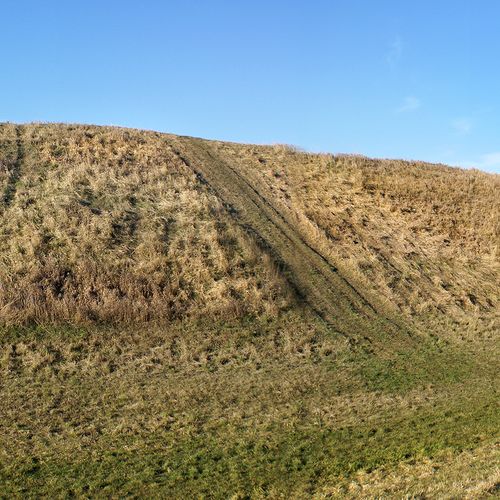 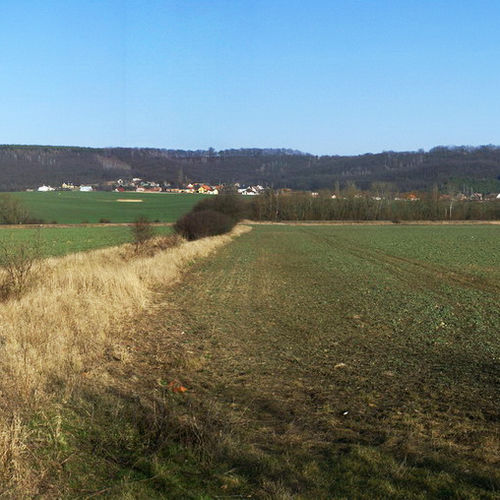 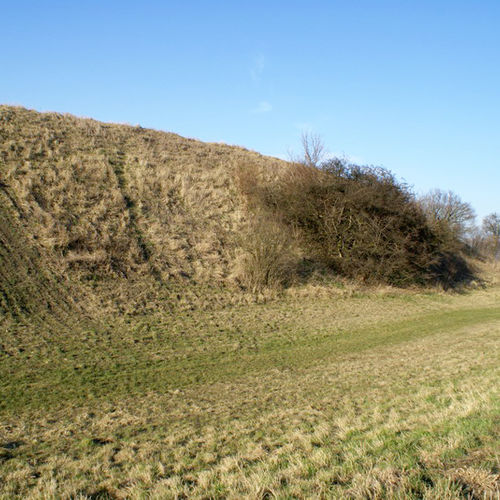 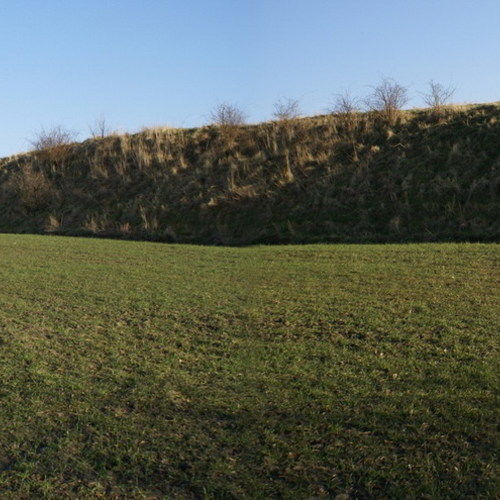 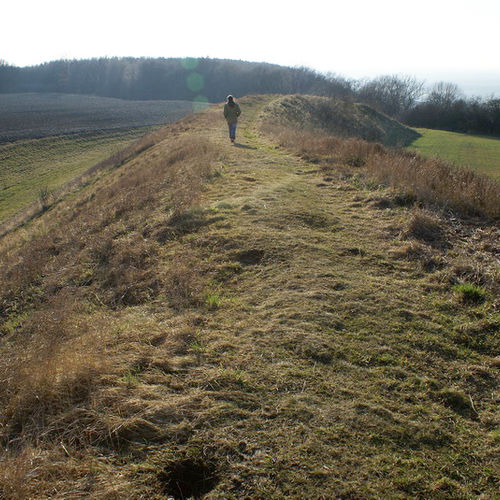 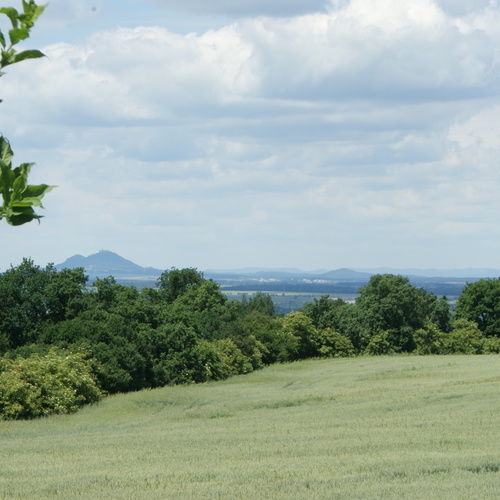 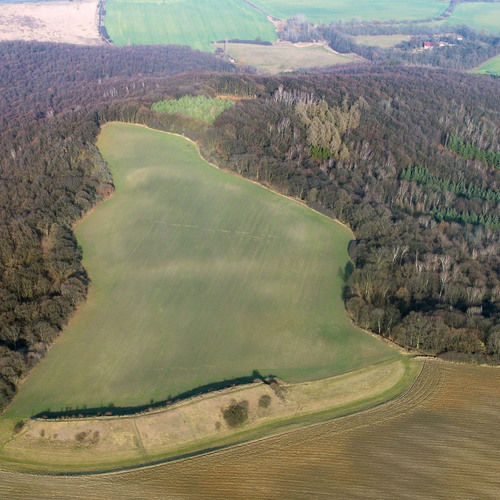 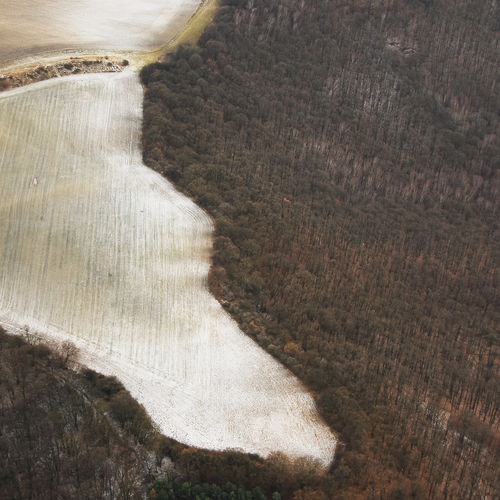 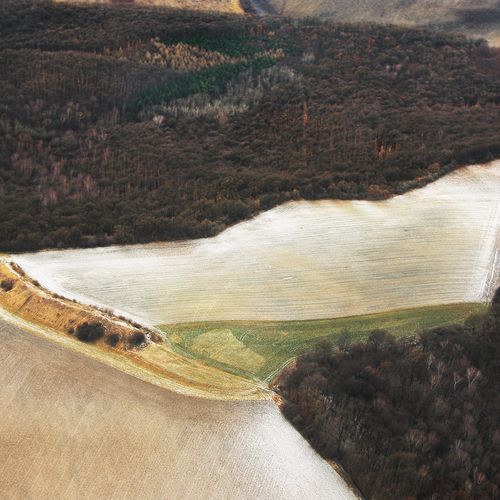 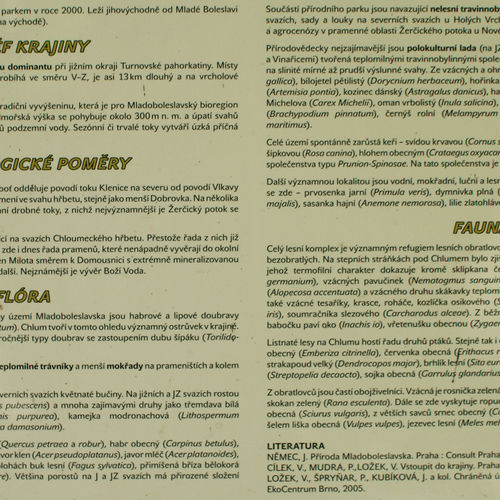 Information board near the site's entrance.
Photo M. Kuna, 2014. 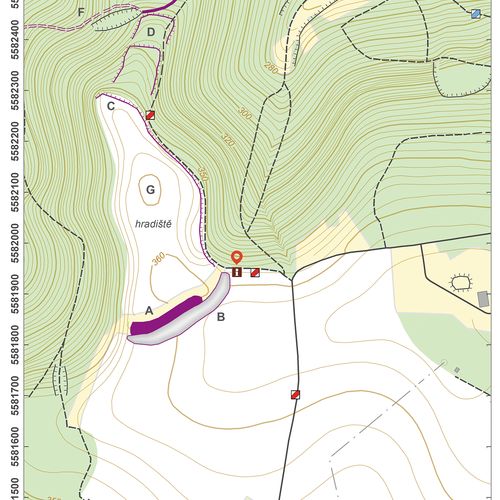 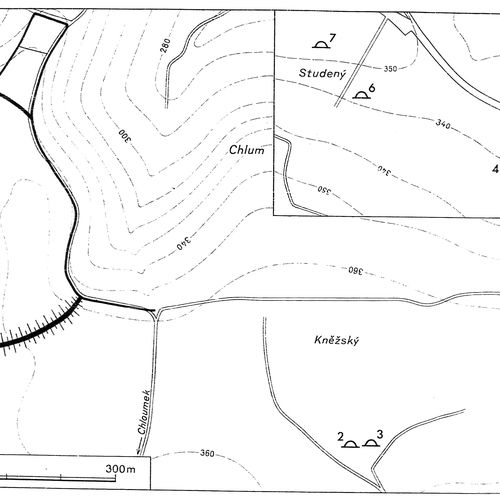 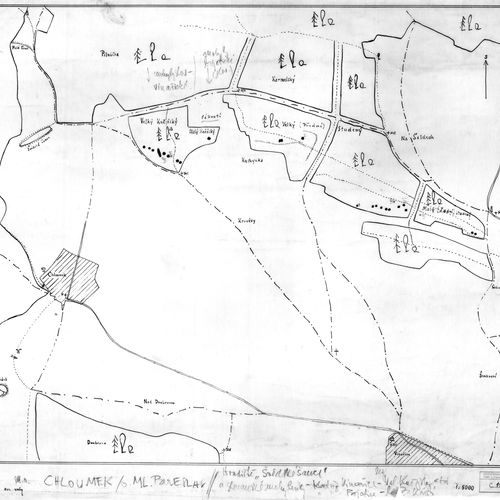 Plan of the hillfort and its surroundings, including the barrows.
Drawn by V. Patera. Archives of the IoA, PY000117001.