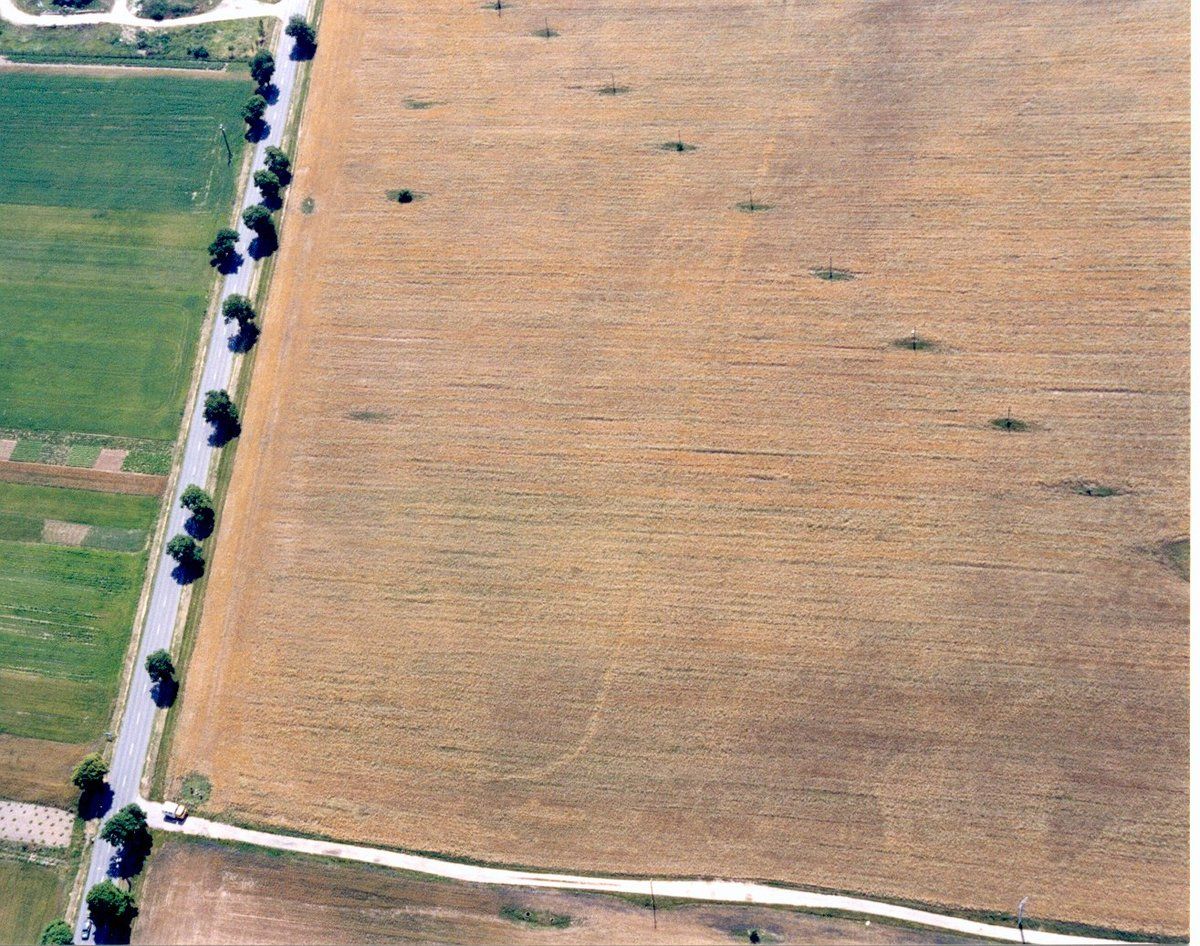 Aerial view of the north-west corner of the camp.

The temporary (marching) camp (castrum) from the time of the Marcomannic Wars is situated in the ‘Prostřední veliké’ field. It witnesses the Roman expansion beyond the borders of the Roman Empire ('limes Romanus'). The camp was discovered at the end of the 20th century in the course of aerial surveying. It is an open space with rhomboid ground plan of 41 ha, fortified with a V-shaped ditch, earthwork, gateways and outer ditches ('tituli'). Unique finds of unburned bricks, that were part of the fortification wall, were made in the ditches. The camp is invisible from the surface; it can only be seen in the aerial view. 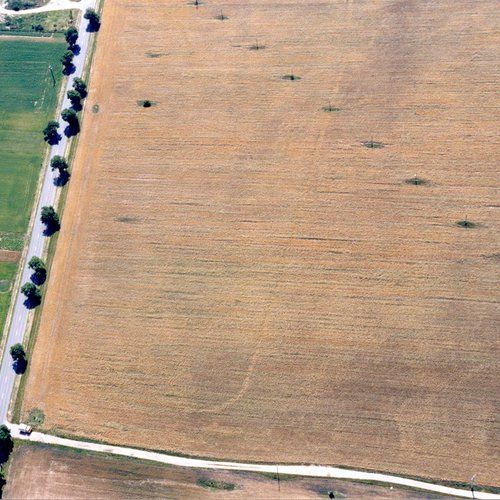 Aerial view of the north-west corner of the camp.
Photo M. Bálek, 1998. 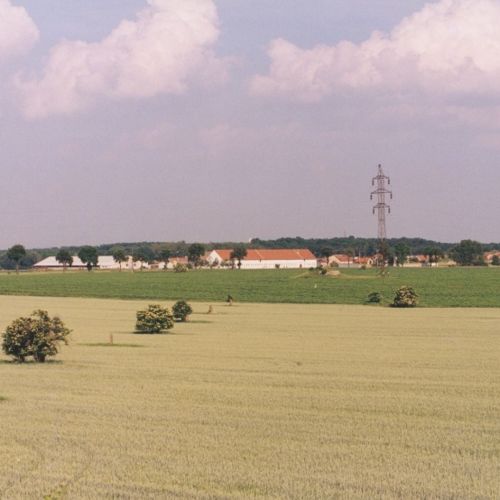 View of a temporary Roman camp from the north-west.
Photo P. Vavřín, 2003. 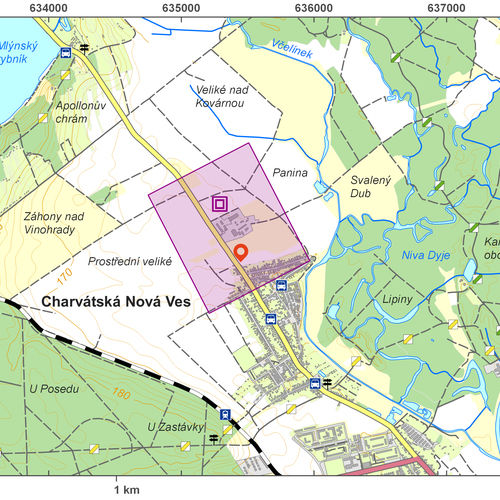 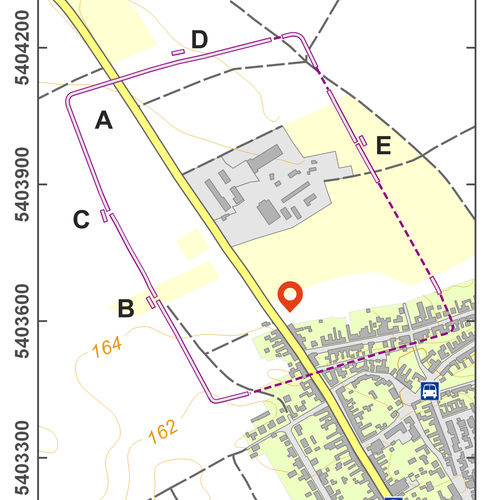