Southern part of the fortification, taken from east.

The only La Tène hillfort – oppidum in east Bohemia was investigated as early as in the 19th century, as was the case with the majority of similar sites. Evidence of specialised production of luxury objects and valuable imported artefacts were found at the oppidum. The hillfort probably formed a link between the ‘Závist’ oppidum in central Bohemia and the Staré Hradisko oppidum in Moravia. The triple line of fortifications is uniquely preserved between the acropolis and the suburb. 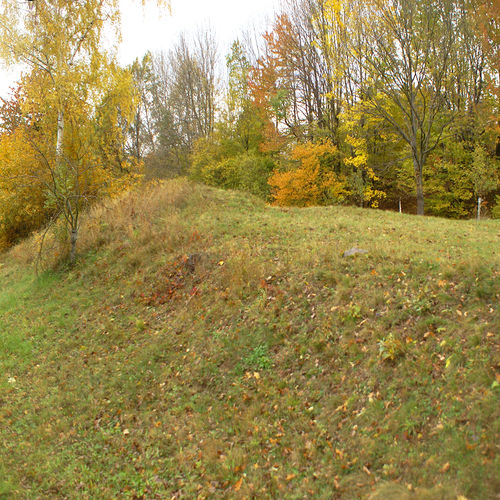 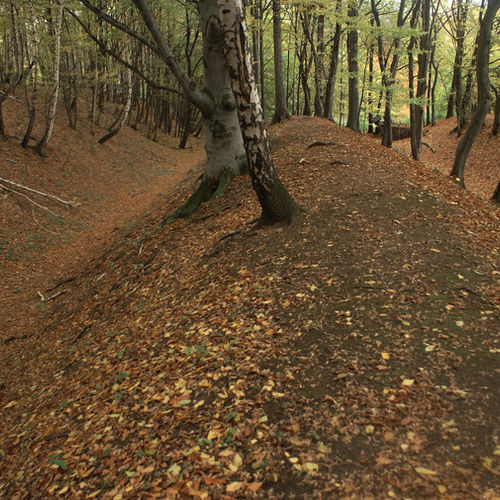 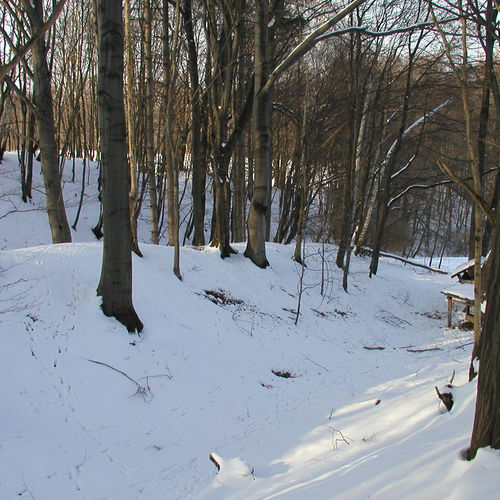 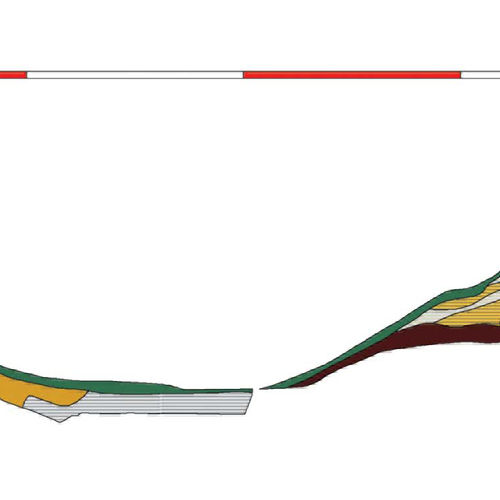 Cross-section of the triple fortification lines.
After Danielisová – Mangel 2008. 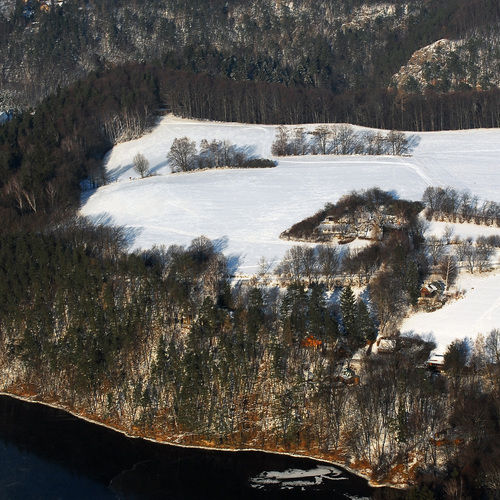 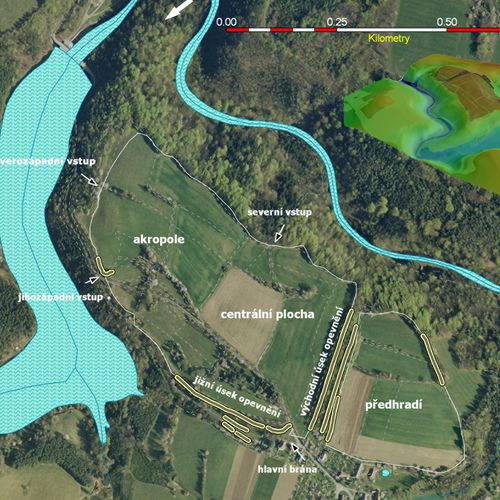 Aerial view of the oppidum with indicated parts.
After Danielisová – Mangel 2008. 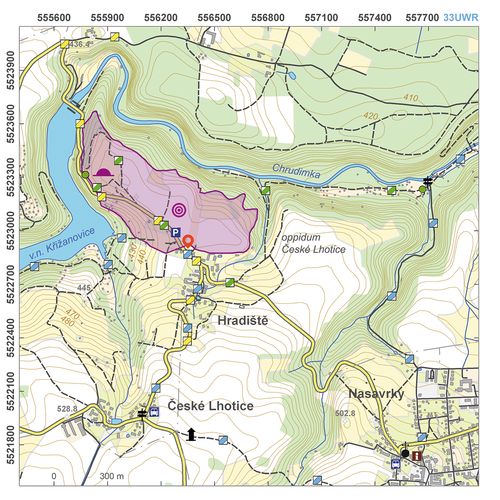 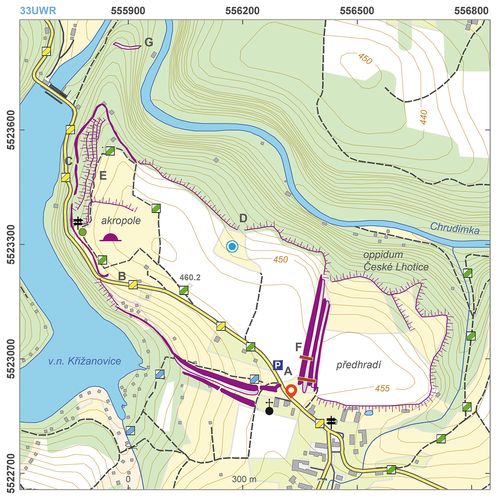 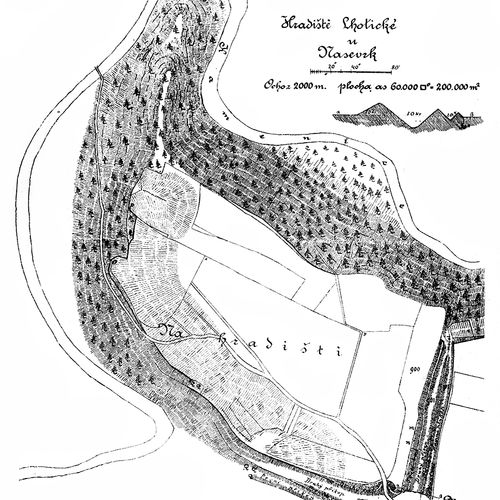