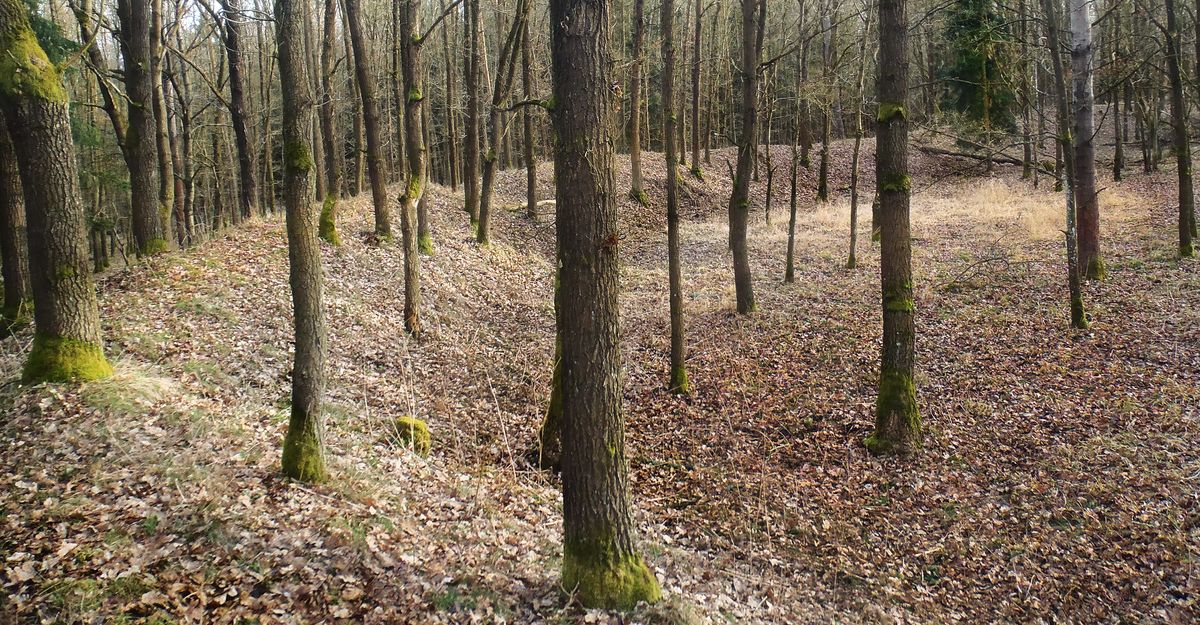 Early Medieval hillfort of the 8th and 9th centuries, forming a single unit with a nearby barrow cemetery. The hillfort ‘Švédské šance’ (‘Swedish Fort’ – a popular folk name given to many hillforts in reminiscence of the Swedish occupation of Bohemia during the Thirty Years’ War) was fortified by a wood and earth rampart with a frontal stone screen wall and a ditch. The hillfort was probably destroyed by fire. Around forty barrows in four groups were identified at the nearby barrow cemetery. The barrows were piled with stone and some contained an internal wooden structure (‘tomb’) and cremation burials; several mounds were connected. 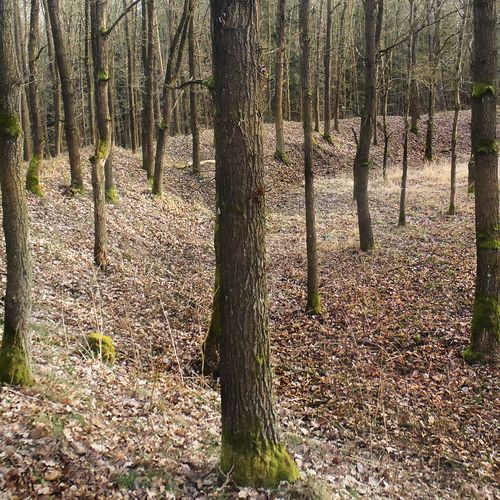 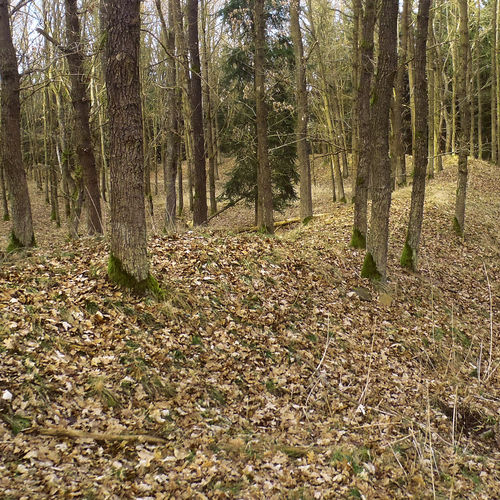 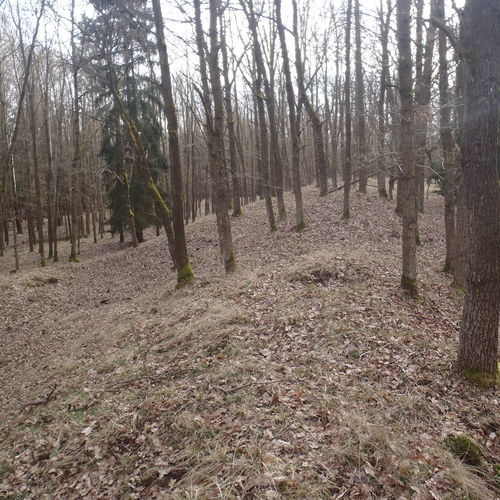 Gate in southern part of the hillfort.
Photo J. Mařík, 2013. 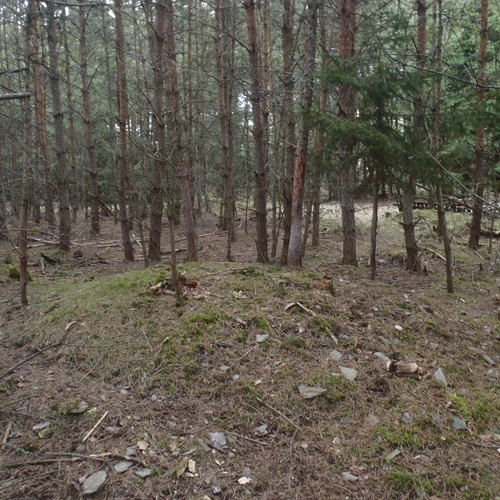 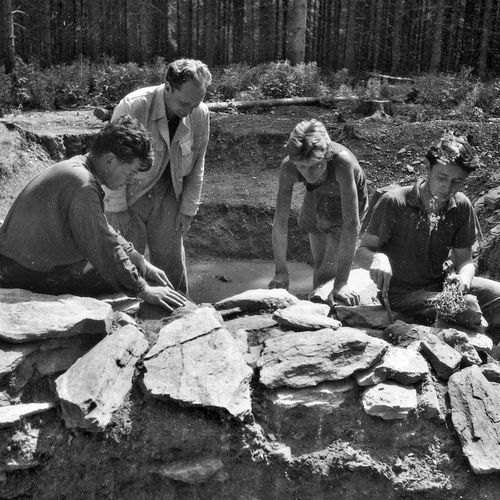 Archaeological excavations of the hillfort fortification ...
Archives of the IoA, FT-8738. 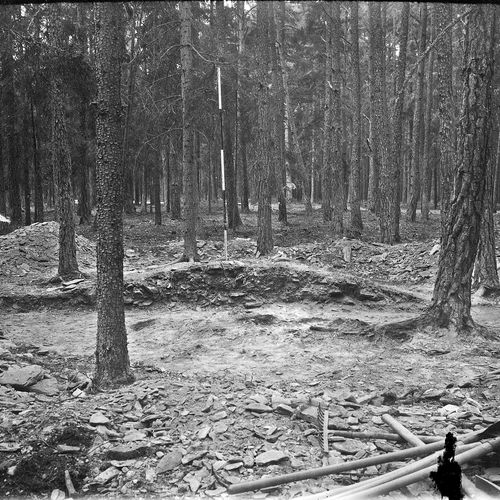 Cross-section of a barrow during excavations in 1950.
Archives of the IoA. 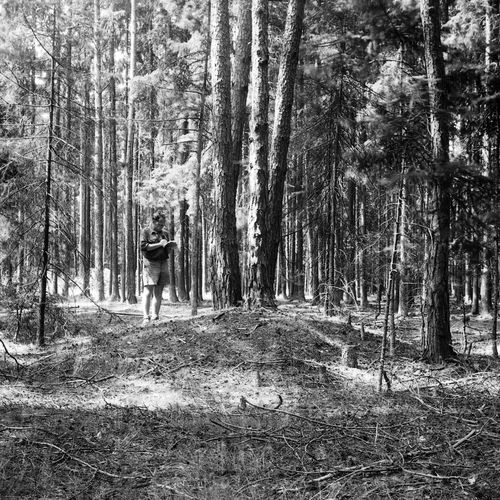 J. Kudrnáč, head of the 1950 excavations.
Archives of the IoA. 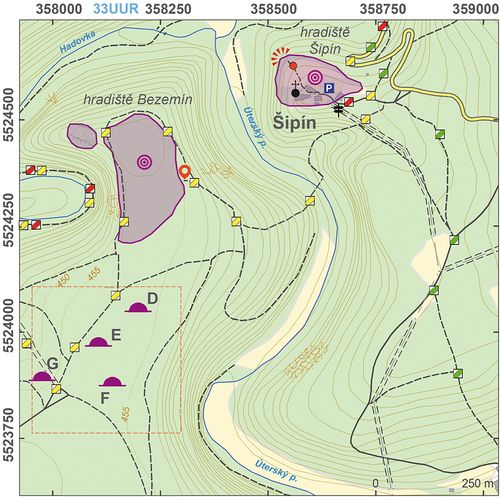 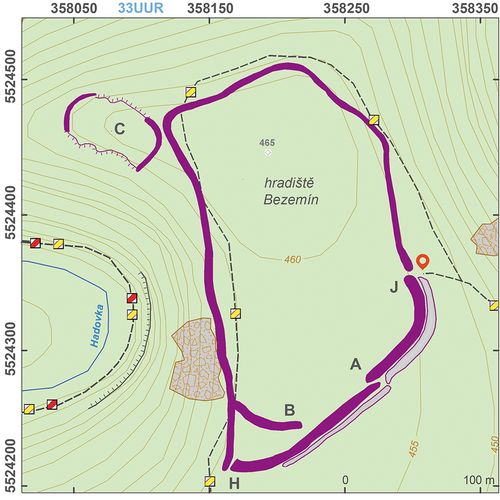 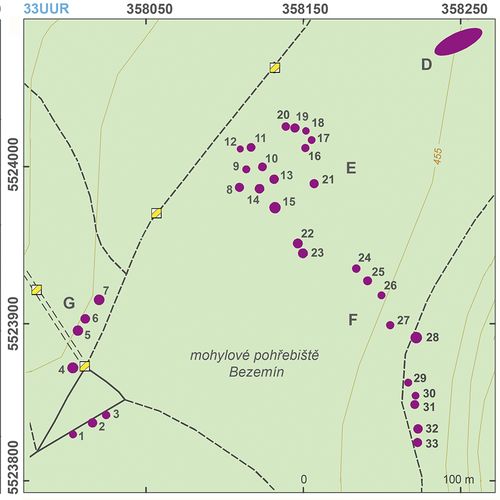 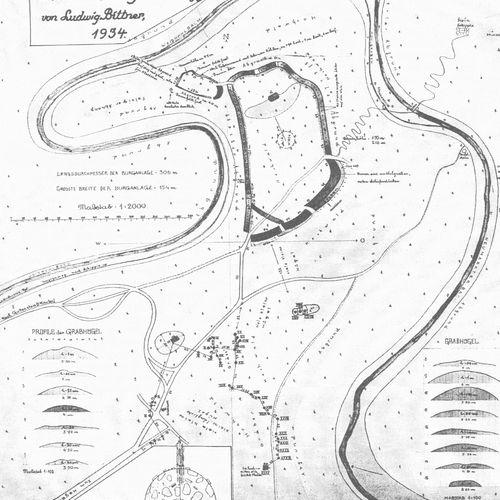 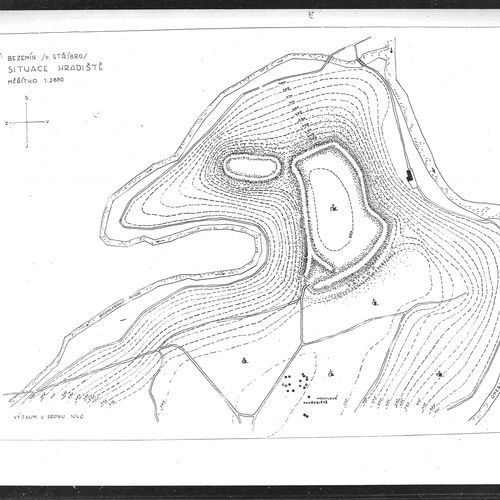